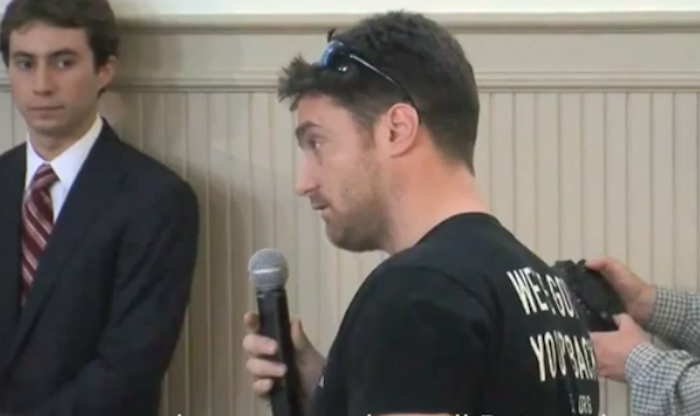 Specifically, Brown told a Fox TV affiliate he apoligizes “if [he] came across [as] disrespecful to the Governor” during last week’s heated down hall exchange (click here to watch it if you’ve been living under a rock).

That’s sort of an apology. Whether it’s genuine is unknowable, Save Jerseyans. We’ve been covering Mr. Brown for years now, and I’m one of the only folks with a platform reporting on the extensive, ugly history between Mr. Brown and New Jersey Republicans. But does it really matter at the end of the day? This was kind of a non-story to begin with; it was fueled by a media that loves Christie soundbytes because they equate to ratings. Welcome to 2012.

Governor Christie, for his part, expressed regret for having called Brown an “idiot” while also stressing that Brown had no right to act like an “idiot” at the town hall in question. Fair enough! My main man Brian agrees with that sentiment.