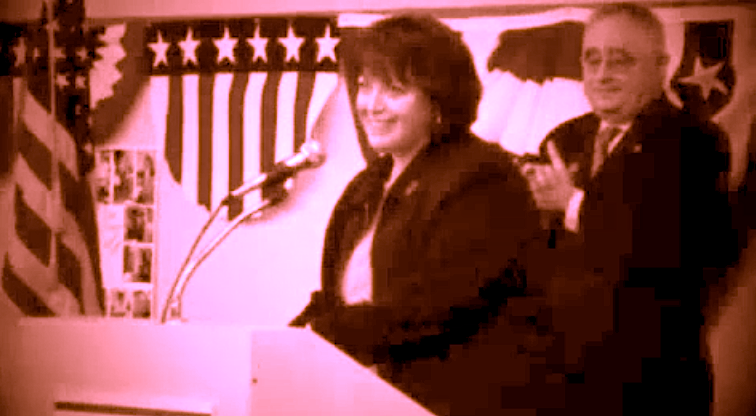 Things are getting out-of-control in Bergen County very quickly, Save Jerseyans, as Republicans continue to claw at each other in what looks to be a potentially ruinous primary season.

The woman at the center of it all, County Executive Kathe Donovan (R), sat down yesterday with NJToday Managing Editor Mike Schneider to discuss the latest developments in this intra-party war including the legal battle between her office and the Republican-controlled freeholder board. Moreover, when asked about it specifically, Donovan alleged that one of her aides was threatened by a Bergen GOP leader but declined to elaborate or name names.

Donovan also weighed in on the omnipresent issue of property taxes; she estimates that we could cut property taxes by roughly one-third by consolidating municipal services (she was very careful not to propose mass town consolidations, something most state citizens still oppose).

Watch Bergen County Executive Says She Could Cut Taxes By One Third on PBS. See more from WNJT.

You can also check out my 3-part interview with then-County Clerk Kathe Donovan in August 2010.