In Closing Hours, Little Compares Herself to Herman Cain and Lashes Out at Monmouth GOP 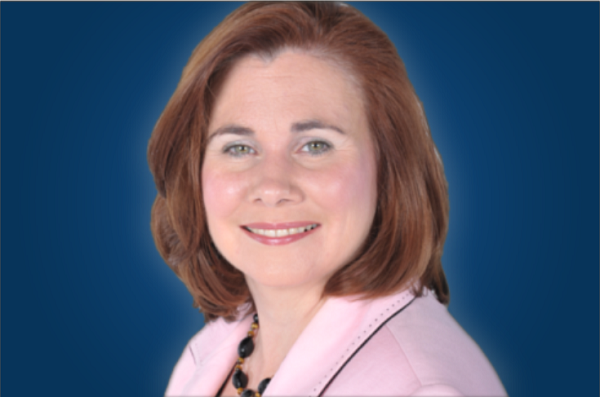 Anna Little felt the need to respond to her opponent Ernesto Cullari’s attacks today even as voters across NJ-6 head to the polls.

Without naming names, Little compared the Cullari camp’s strategy to the “orchestrated attack” leveled against Tea Party hero Herman Cain earlier this year. She also struck out against the Monmouth GOP’s “bosses” and “bloggers” who (at least in the case of the former) had allegedly denied her the line in a county where she previously served as freeholder:

The unsubstantiated attacks made against Herman Cain, a Tea Party favorite for President, earlier this year were nothing more than an orchestrated attack to remove a candidate who many people believed in supporting and voting for. The recent smears of the Jersey Shore Tea Party and Bayshore Tea Party Group are another example of how political insiders are trying to blind the voters and discourage them from having independent views and thoughts.

Likewise, Anna Little is being attacked merely for standing behind her convictions and daring to challenge the Monmouth County system, where the political party bosses and bloggers scheme to predetermine who will be the winning candidate…

Little is obviously trying to incite a strong reaction in likely-to-vote Tea Partiers in what is sure to be a super-low turnout primary election. It’s not a terrible strategy… for June. Invoking the memory of the likeable, intelligent but objectively not-read-for-primetime Herman Cain won’t win over many non-Tea Party voters. It could, however, get enough folks on her email blast list just hot enough to tip today’s contest in her favor. Could. We’ll find out in a few hours!

Little’s full release is below the fold…

Three of the exaggerated and outright false attacks being made on Anna’s good record include:

1. The recent lawsuit detailed by the opponent in his exaggerated press release and by various blog entries is merely an example of a frivolous lawsuit against a small business owner. Anna’s personal experience in dealing with politically motivated attacks and lawsuits make her a strong proponent of Tort Reform, which would limit liability from frivolous lawsuits and allow small businesses to operate.

Tort Reform will also allow the courts to focus on prosecuting and punishing repeat violators. We all know that there are too many frivolous lawsuits that plague New Jersey, backlog the court system, and limit small businesses. A frivolous lawsuit is every small business owner’s greatest fear, where the legal defense fees could exceed their income. There are also those who file lawsuits, in the hope that the innocent business owner will settle for a smaller cash amount, rather than pay potentially larger legal fees in a court case.

In Anna’s situation, the person who filed suit against her was not even her client. Voters making a simple search of public records will uncover the truth of the case.

2. Another of the opponent’s exaggerated claims is that increased user-only fees created financial hardships for the residents of Highlands. With such important national issues as energy independence and health care, why does her opponent believe that raising the vital statistics service fee to $15 in the borough of Highlands is such a crisis, when Edison Township and Middletown both charge $25 for similar service?

Once again, modern technology allows voters to perform their own research, since municipal governments publish their fee and penalty schedules online. Residents are able to compare their town’s fees with other towns to determine what is reasonable and fair; rather than rely on deceptive tactics, like those used by the producer of the Bowling for Columbine “documentary.”

As Mayor of the Borough of Highlands, Anna Little has been attacked as being disloyal to the Republican Party for negotiating a common-sense agreement with the police department and Democrats on the Highlands Borough Council. This practical solution reduced the police budget
while retaining dedicated police officers while not reducing law enforcement services to the town. This is an example of Anna’s ability to put political party lines aside in order to ensure that her constituents receive the affordable services they elected her to provide.

To overturn the liberal agenda that threatens to weaken our Constitution, we need candidates who can put partisan political party bickering aside, so that they can make decisions that serve and protect the communities they have been elected to represent.

3. Anna’s opponent has proposed to have a debate where only the press — and not the general public — is allowed to attend. Closed-door sessions like these deny the voters their right to receive unedited information directly from their elected officials/candidates, in person. We all recall how Nancy Pelosi and Frank Pallone used closed-door sessions to pass the deplorable and flawed PPACA (Patient Protection and Affordable Care Act) health care bill.

Similarly, in Monmouth County, the Town Committee Chairs and Regular Republicans were denied their right and opportunity to nominate and vote for the candidate of their choice. A mere handful of political insiders made a closed-door decision to select a candidate for the party line, with no regard to their public service, professional experience, or prior voting record. This is a
similar process used by Democrat Party bosses across NJ, where candidates must swear fealty to the party boss to be elected.

Since her last run for Congress, Anna Little has volunteered her time and money to travel to Washington, DC, to work with and support Conservative think tank projects. She took these actions to help ensure that Nancy Pelosi does not regain a majority in the House, that Harry Reid is replaced in the Senate, and that a new President is elected in 2012.

Frank Pallone understands all this and is hoping that Anna Little will not be his Republican challenger in 2012. If the Republican Party and Tea Party stand united, the liberal agenda can – and will — be stopped. There are simply too many hardcore Democrat voters in NJ for any single conservative group to overcome alone.

Your vote for Anna Little on June 5th will send a message to Washington, DC: that New Jersey will no longer tolerate closed-door sessions; that we want an end to the political patronage system used by political party bosses like former Democrat Party County Chairmen Sheriff Joe Spicuzzo and Senator John Lynch; that voters will no longer tolerate exaggerated and outright false claims in negative campaigns ads; and that candidates must have previously voted in the District they reside in and wish to represent.

A high turnout of voters in this year’s Republican Primary will show the nation, the President, and the Senate and House leaders that New Jersey will not meekly stand by and allow our rights and freedoms to be trampled on any longer. Anna Little is the best candidate to end the corruption and needless lawsuits that are hindering our nation.

1 thought on “In Closing Hours, Little Compares Herself to Herman Cain and Lashes Out at Monmouth GOP”