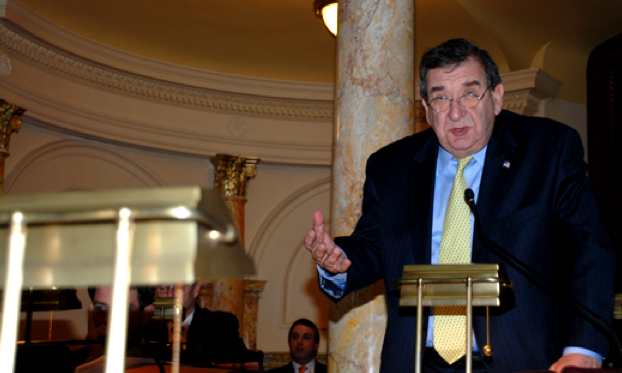 But tonight (yes, it’s finally and mercifully arrived), they’re on opposite sides of a cavernous divide between the warring Bergen GOP camps of incumbent Chairman Bob Yudin and scrappy challenger Anthony Rottino.

The former GOP chairman of nearby Essex County, Senator O’Toole formally endorsed Rottino’s candidacy last night via email blast, explaining that “Anthony’s commitment that this party belongs to every member of the county committee is the approach that our party desperately lacks.” You can read his entire letter before the fold.

Senator Cardinale, for his part, has worked to rally support behind the embattled Yudin throughout this increasingly ugly battle. Cardinale is part of the Chairman’s inner circle kitchen cabinet, and at least one online source alleges a mounting legal conflict between Cardinale and Rottino.

Like I said… the fact that committee members will vote (and end) this race tonight is a merciful thing!

Which Senator will walk away happy? I’m loath to make last minute predictions. Monmouth County’s chairman race proved that committee politics is inherently unpredictable. The small pool of voters allows personal relationships – and late-breaking developments – to move support in a unique fashion. Bob Yudin could surprise everyone tonight and hold on, just as John McCann could pull off a dark horse victory if the committee deadlocks. 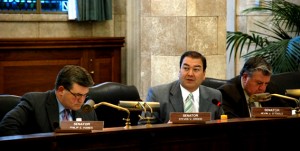 Tomorrow is a very important day for the future of the Bergen County Republican Organization.

Since the campaign for BCRO Chairman has begun there has been a lot said and printed by the three candidates. As your State Senator, and someone who has represented Bergen County for over 11 years, this election for Chairman is perhaps the most critical. There is a lot at stake for our party in Bergen County. We have a Republican Governor, Republican County Executive, and Republican Majority on the Freeholder Board.

Maintaining Republicans in these seats, while building our party for the future, should matter most. As someone who has represented Bergen and contributed hundreds of thousands of dollars to get our party to this point, I know that’s all I care about – Republicans winning.

As I have watched this campaign unfold, read everyone’s literature, and listened to the candidates speak, I have come to the realization that my decision to endorse Anthony Rottino for BCRO Chairman was the right one.

From the outset of this campaign, Anthony has talked about the issues that face our party, his vision for rebuilding our party, and his commitment to have a leadership team that includes a cross section of Bergen County Republicans. Anthony’s commitment that this party belongs to every member of the county committee is the approach that our party desperately lacks. His “Blueprint For a Better BCRO” is a very concise, thorough and executable outline for turning our party around.

It is for these reasons, and Anthony’s impeccable character, honesty, leadership skills and dedication to the Republican Party in Bergen County that I enthusiastically endorse Anthony Rottino for BCRO Chairman. He is exactly the kind of leadership the BCRO needs.