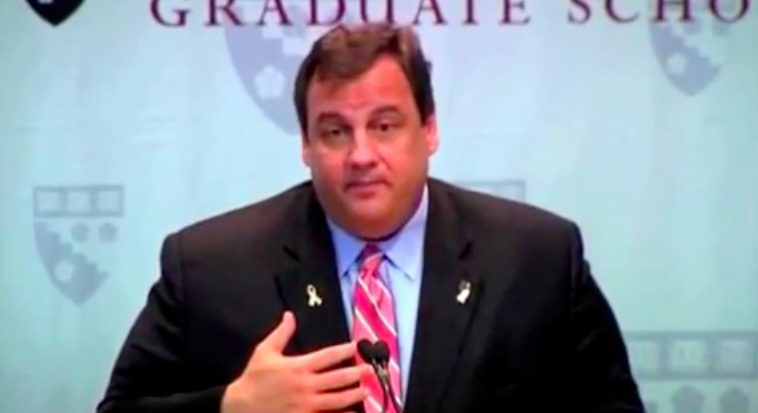 This Christie Christie YouTube clip isn’t new, Save Jerseyans, but it’s particularly timely given the Trenton Democrats’ calculated intransigence on important issues ranging from judicial nominations to tax cuts. And a couple recent, viral encounters between the Guv and the public.

Back on April 29th, Governor Christie visited Harvard University to discuss education policy and specifically the role of public unions in education. A forum participant wrapped things up by asking the Governor whether his controversially confrontational approach to communication is really productive. I think what followed was one of his better explanations of both (1) why he does things the way he does, and (2) the problems that he ran to remedy.

Would super-partisans like Lou “Empty Suit” Greenwald, “King” Nicholas Scutari and their allies at the NJEA really play nice and “compromise” if Chris Christie kissed their backsides? Or would they behave like liberals always do, mistake Christie’s magnanimity as weakness and press their advantage? History tells us the later is far more likely than the former. And I don’t think the people of New Jersey elected this Governor lay down. Do you?