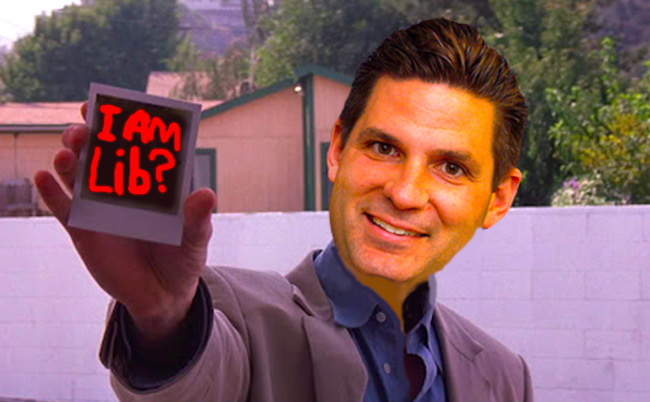 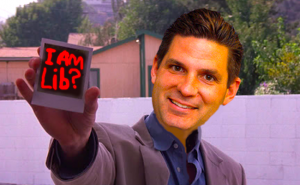 Everyone’s favorite empty suit might need a CAT scan to boot, Save Jerseyans.

He’s displaying all the signs and symptoms of severe amnesia!

Assembly Majority Leader Greenwald (D-Machineland) put out a press release yesterday afternoon renewing his call for the restoration of the “millionaire’s tax.”

“I believe, as does my caucus, that the greatest problem in this state is property taxes.  That is the cause of the exodus of the middle-class families in New Jersey, families making $147,000 a year that are leaving this state.

Lou talks as if property taxes weren’t a problem before January 2010!

What he seems to have forgotten is that he has served as the New Jersey Assembly’s Budget Committee Chair since 2002. Not January 2010, Save Jerseyans.

And if he and his caucus really do “believe” in the property tax problem, then why did they make it worse during almost a decade of hegemonic control of New Jersey government?

During those years in question, Chairman Greenwald enjoyed the unqualified support of Democrat Governors McGreevey and Corzine. Democrats were 100% in charge of Trenton’s levers of government, and they were unapologetically “soaking and losing the rich” on a daily basis without any regard for the consequences.

And as the Wall Street Journal pointed out in 2009, the Greenwald-McGreevey-Corzine approach was costing New Jersey dearly (and still is):

This result was all the more remarkable given that these were years when the stock market boomed and Wall Street gains were in the trillions of dollars. Examining data from a 2008 Princeton study on the New Jersey tax hike on the wealthy, we found that there were 4,000 missing half-millionaires in New Jersey after that tax took effect. New Jersey now has one of the largest budget deficits in the nation.”

I’ve often cited this Boston College study from February 2010 that looked at the incredible wealth exodus during just four years of Greenwald’s tenure as budget chairman:

More than $70 billion in wealth left New Jersey between 2004 and 2008 as affluent residents moved elsewhere, according to a report released Wednesday that marks a swift reversal of fortune for a state once considered the nation’s wealthiest.

Conducted by the Center on Wealth and Philanthropy at Boston College, the report found wealthy households in New Jersey were leaving for other states — mainly Florida, Pennsylvania and New York — at a faster rate than they were being replaced.

“The wealth is not being replaced,” said John Havens, who directed the study. “It’s above and beyond the general trend that is affecting the rest of the northeast.”

It was all the product of Greenwald’s party’s legacy, folks. They literally had no one else to blame but themselves. Greenwald voted for the budgets and taxes responsible for the great “taxpayer exodus” from the Garden State. Democrat governors greedily went along with it.

Corzine has since moved on to destroy MF Global, and McGreevey is trying to rehabilitate himself by becoming an Episcopal cleric.

Greenwald, however, is still around. Unfortunately. And he’s still proposing new taxes, so I guess it’s not surprising that he’s also displaying the signs and symptoms of convenient, acute memory loss when it comes to his party’s culpability in New Jersey lost decade.

He is, after all, the same guy who said of the economic downturn in 2009 that “If it is solved too quickly people believe the pain was not real and I think will be very easy for elected officials to fall into old habits and bad habits.” I’d want to forget saying something so epically stupid, too!

21 thoughts on “Does Greenwald Have Amnesia?”