On My Way To Tampa Bay 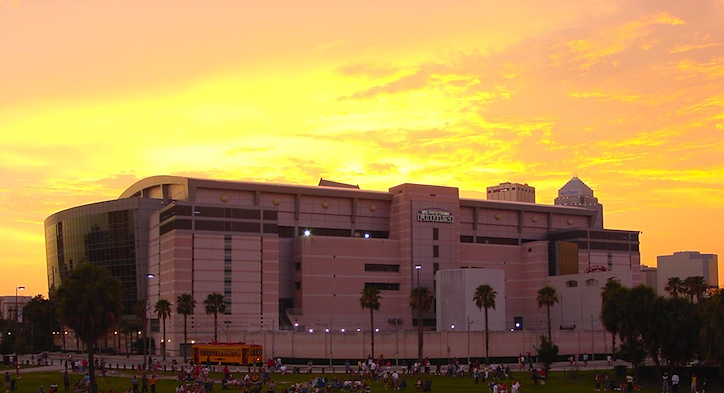 We here at Save Jersey are use to taking on political storms so we certainly won’t let a little hurricane stop us from covering the GOP Convention in Tampa, especially a Republican gathering featuring our own Chris Christie!

I am excited and honored to be covering the convention for you our loyal followers.

I will bring you some behind the scenes anecdotes, interviews and videos of both NJ delegates, State/National Political leaders and leading Republican pundits. Below the fold is an exmple of what the 2012 Convention is offering, giving us all an insight into how the Grand Old Party is preparing to take on President Obama in the weeks ahead.

First up, the RNC convention is hosting Newt U, a series of public policy workshops for delegates to support the overall messages of the convention. Former U.S. House Speaker Newt Gingrich will host the daily tutorials. Every day has a theme. My favorite is Tuesday’s talk “We Built It”, obviously an aggressive response to Mr. Obama’s claim that “you didn’t build that”…

Monday – August 27th – “We Can Do Better” – Jobs, Growth and Protecting Medicare

What is so exciting to me as I read the titles of the classes is how the Romney campaign is directly taking the fight to the Democrats by discussing ideas and solutions. Mr. Romney, as he did when he chose Paul Ryan as his V.P. is continuing to draw a stark contrast to the Obama Administration’s failed policies. The classes include discussions on creating jobs, protecting Medicare, supporting small businesses, addressing new American energy opportunities and finally Obamacare.

Stay tuned for more Save Jersey coverage live from Tampa!!!