The Thrill is Gone From Chris Matthews’ Leg (VIDEO) 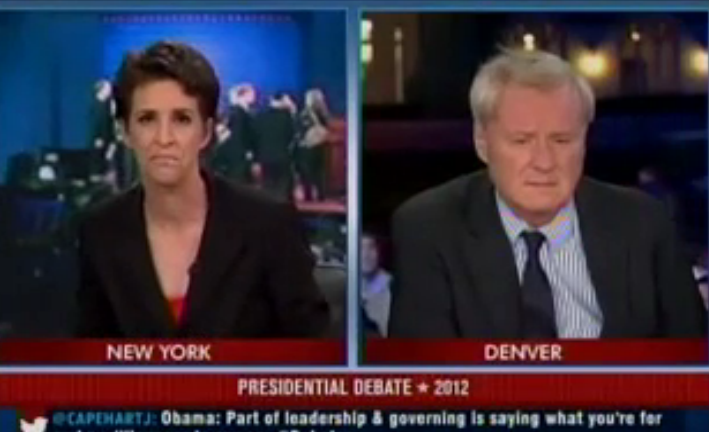 Alternatively, perhaps Chris Matthews wants to be in another SNL skit?

Forgive me for stating the obvious, folks, but the irony underlying Matthews’ impassioned rant is that Barack Obama’s Denver debate talking points are indistinguishable from four years ago. The only tangible difference? The incumbent was a bit flatter this time around, and Mitt Romney properly refused to allow President Obama’s assertions go unchallenged like John McCain did far too often.

And we all know how much liberals loathe being challenged… almost more than cats hate water.

My question: does this mean the thrill has left your leg for good, Chris Matthews? Or are you ready to resume association with Obama cult of personality after a commercial break?