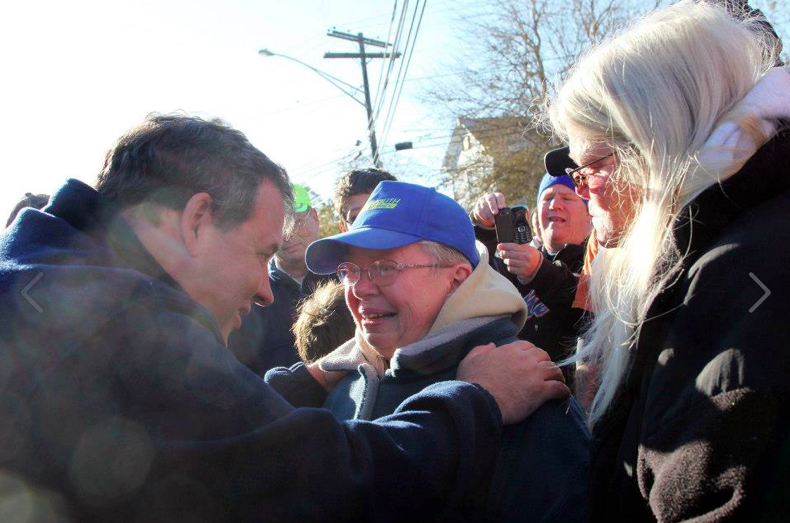 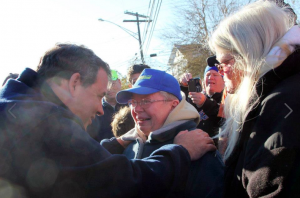 Let’s get this out of the way.

People are asking us to opine on the Christie/Obama bear hug so we’re just gonna have to go down this road.

And we make no apologies for it. We’re damned proud of it.

But loving Christie is not like loving any other politician. He’s real, he’s three-dimensional, he’s smart and he can be unpredictable, if not exasperating. Though his quips and answers are often entertaining and may sometimes seem simple, they’re not. They reflect the mind of a man who is relentlessly pragmatic and admirably goal-oriented. This is a man who does not follow — in fact, who defies — any rigid idealogical path. He cannot be pegged or contained or compartmentalized.

So, when Christie saw Superstorm Sandy coming, he had one thought in mind: Get out ahead of it; get ready and use every means at our disposal to help the people of New Jersey — to warn them, to fortify them, to serve them and to protect them.

Having been involved in public relations for more than four decades, we can tell you that by the rules of crisis communication that we teach, Christie instinctively did what he was supposed to do. He became not only the chief spokesperson in this crisis but the unquestioned leader of the response to it.
And he has worked damned hard, without a break for two weeks now often putting in 14 and 20 hour days. Some nights he got little more than five hours sleep.

This sort of thing is all consuming.

And you can quickly lose perspective.

You see so much damage, so much devastation, so much sorrow in a place you love. This is your home — and you see it in shambles. This is what Christie saw. This is a man who loves his home state. This is what he encountered.

And so, when it came to the situation with President Obama, perhaps without even being aware of it, Chris Christie seemed to journey from appropriate gratitude to a sort of gushing, near-adulation. His words were beyond effusive. And generally speaking, so were his actions.

It confounded a lot of people.

They couldn’t understand it, but we could.

Not because we were in the middle of the rubble with Christie. We weren’t. Thank goodness, this little corner of the state was largely spared.

We understood it because we understand the nature of crisis and crisis communication.

Chris Christie was totally caught up in it. He was on the inside — not looking out, but just completely consumed on the inside trying to find a way out for our state. And many of us were on the outside — not looking in, but just peeking at bits of pieces of what was happening; just small slices of the enormity of it all, incapable of absorbing just how all-consuming something like this is.

It was predictable that the Obama campaign would jump at the chance to gain from all this. After all, it was Rahm Emanuel himself who said “never waste a good disaster.”

Were we happy that President Obama’s campaign got a Big Boost at just the right moment from one of the most credible and compelling public figures in America? No. We knew what the political ramifications might be.

Were we surprised that the dominant media would take advantage of this Great Big Bear Hug and perfect-perfect bromance and wildly herald it as a new standard of bi-partisan cooperation just when America needed it? No.

And we also weren’t surprised when Obama left Jersey once the photo ops and the PR mission had been accomplished.

Nor are we surprised that it’s Chris Christie who now continues to do the hard work (the real ground work) of managing the crisis day after day after day.

So, as best as we can explain it, this is what happened. The devastation. The damage. The cameras. The white-hot national spotlight. The intensity. The exhaustive hours. It took its toll. And it threw things out of perspective.

It’s not like we expect Chris Christie to revisit anything he did or how he acted. He’s got way too much to deal with to embark on that kind of journey. Besides, Christie’s just not that kind of guy. We understand that. It’s alright.

We also understands that he’s neither shy nor unassuming nor afraid of (nor uncomfortable in) the spotlight.

But we hope that the Governor can take a breather soon — to step out of the middle of it; to walk away from it for awhile; to decompress.

We think he needs it. He needs to let go for awhile.

We say this because we care about him and we want him to continue be well, prosper and succeed.

15 thoughts on “Chris Christie, Hurricane Sandy and the Rules of Crisis Communication”