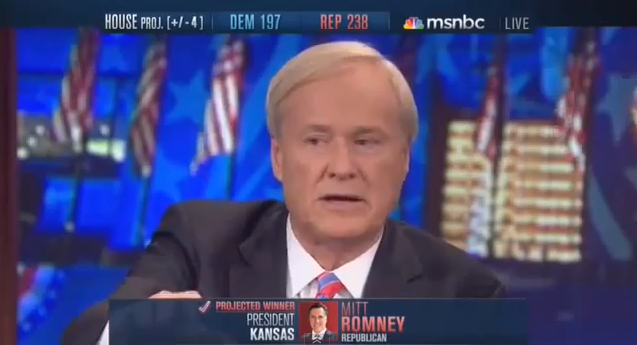 You probably don’t watch MSNBC like me, Save Jerseyans, so you may’ve missed Chris Matthews say  “I’m so glad we had that storm last week because I think the storm was one of those things” during last night’s election coverage.

He’s GLAD for Hurricane Sandy because it purportedly helped the President.

Perhaps recognizing that he had said something crazy, Matthews proceeded to dig the hole deeper by stating “[n]o, politically I should say. Not in terms of hurting people. The storm brought in possibilities for good politics.”

Later on Matthews tweeted that he wasn’t referring to the “horror” of the storm.

Which part of it wasn’t horrible???

Matthews owes all of Hurricane Sandy’s victims a huge apology…

3 thoughts on “What in God’s Name is Wrong with Chris Matthews?”