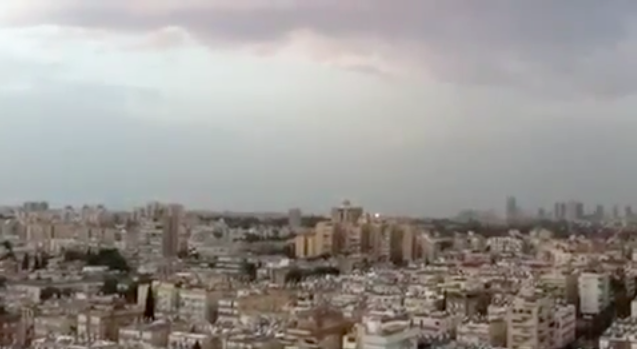 Isn’t that something? Hitting a missile moving at high speeds with a second object moving at comparably high speeds is an impressive feat.

Still, hundreds of rockets have bombarded Israel is recent days. Israeli defenses are working overtime to stem the merciless terrorist onslaught. Unless you’ve been in combat or braved the events of 9/11 firsthand, it’s hard for Americans (myself included) to appreciate the sheer terror of the situation…

To its credit, the Obama Administration is unequivocally blaming Palestinian terrorists for engendering the current conflict. To its discredit, you’d have to expect Middle Eastern terrorists to feel emboldened after the reelection of a president whose nominating convention booed Israel and whose state department infamously declined to recognize Jerusalem as legitimately belonging to the Jews. And remember that great Egyptian “spring” lauded by Obama? It’s leaders have thrown their full weight behind the terrorist aggressors.

Keep Israel in your prayers tonight.