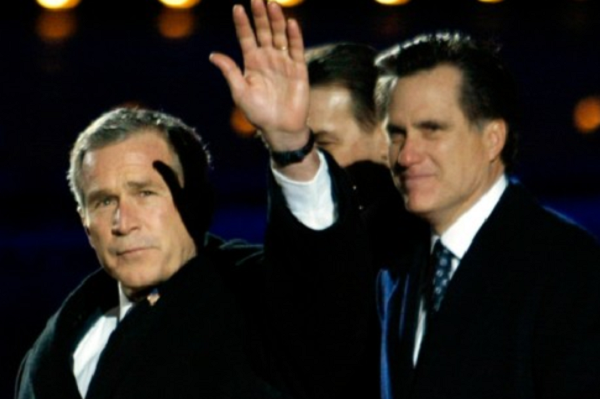 There’s going to be plenty of time to examine why Americans got it wrong last night, Save Jerseyans.

Four years to be exact.

My projection map was way off. I frankly didn’t believe the President’s campaign would hold his ’08 coalition together given the state of the economy and a more robust GOP challenge. A D+2 or +3 electorate? Sure. D+6? You win this time, Mr. Silver. Mea culpa… this blogger isn’t above admitting when he’s wrong!

Now on the morning after, like in the wake of all great disasters, there’s no one single discernible causation that is fully capable of explaining what’s transpired. We can guess and draw some conclusions. Among these ugly variableswas the fact that the Republican Party went from winning approximately 44% of the Hispanic vote in 2004 to just 29% in 2008. That’s a fatal swing for the GOP in a country that is now roughly 17% Hispanic. It also completely accounts for why certain states went “red” as recently as 2004 (Florida, Nevada, Colorado, New Mexico) but went blue this time around.

Other factors include, but are by no means limited to: (1) horrible Senate candidate selection processes in battleground states, (2) months of unanswered Obama negative ads in battleground states (compounded by a GOP primary that drove Romney’s personal unfavorable sky-high), and (3) a hurricane which took the focus off of the terrible economy for a full critical week.

But the single biggest factor in my mind, folks?

Consider what the exit polls found (which were much closer to 2010 in terms of accuracy). The Virginia exit polling (where Romney lost by a whisker hair) showed Romney up 53% to 45% when asked “who is better for economy.” Only 1 in 4 thought they were better off than four years ago! Supporting ObamaCare repeal? Yes, 49% to 46%…all translating to a win, right? No, because in Florida just like Virginia, where Romney also lost by the narrowest of all margins, “[s]lightly more than half of Florida voters believe President George W. Bush is to blame for the nation’s economic problems.”

It was a repeated pattern all night in most of the key states (almost all of which were very close). Americans weren’t happy with the economy, not thrilled with Obama’s handling of it, but still convinced — by a relatively small but significant margin — that it was the Bush-era GOP’s fault. Polls showed a majority of Americans believing Romney would better handle the economy yet, curiously, they still though he wasn’t as good for Middle Class.

Again… there are plenty of reasons why a campaign comes up short. And in this case I do mean short. The national vote and the battleground margins are closer at this hour than they were in 2004. Football analogy? Romney got to Obama’s 5-yard line but couldn’t convert on 4th down. Game over.

It’s nevertheless abundantly clear how the Republican Party’s messaging failures of the Bush years weren’t fully absolved through losses in 2006 and 2008. The vast majority of yesterday’s voters had never heard of Barney Frank or Chris Dodd, the true architects of our housing crisis which, in turn, brought down the banks.

They aren’t familiar with Bill Clinton’s role in it, and they sure as heck don’t know how Barack Obama advocated for most of those failed policies before ascending to the presidency.

But they do acutely remember George W. Bush, and a critical mass simply weren’t convinced Romney/Romney ’12 was sufficiently different even though conflicting answers obtained by exit pollsters strongly suggests swing voters weren’t sure why/whether/how the financial crisis happened in the first place. Mass economic ignorance, I’m afraid. Going forward, logic tells me the “blame Bush” theme will run its course by 2016. At the same time, what’s logical about thinking the man who is worse for the economy is also good for the Middle Class?

Class warfare works, at least to a point.