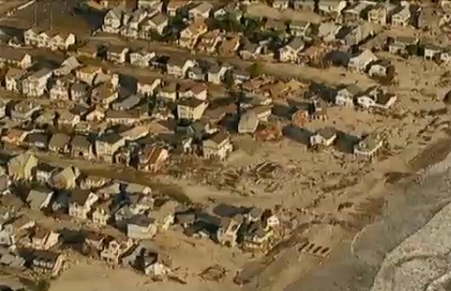 The Ocean County beach town of Mantoloking appears to be one of Hurricane Sandy’s worst victims, Save Jerseyans.

Early post-storm news wasn’t positive. We heard rumors of catastrophic flooding, massive beach erosion, broken gas pipes and missing homes. But the latest aerial footage is even worse than anyone could’ve imagined. Other towns are worried about the restoration of power. In Mantoloking, no one can even say when the town might reopen to homeowners… it’s destroyed, according to reports, police are patrolling ruins with machine guns to guard against looters.