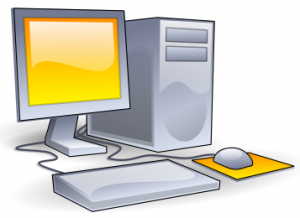 Actor James Spader, who plays W.N. Bilbo in the movie “Lincoln,” recently shared some of his thoughts on the differences between politics of the current day versus those from back in the day.

He cites social media tools as being integral methods of reaching a vast and diverse audience of people across the country, and he thinks that back in the time of Lincoln, politicians were at a disadvantage in some regards because they didn’t have the same levels of far-reaching access to the masses for purposes of presenting their ideas about the general direction for the country.

Spader feels that if you take an orator such as his modern-day fave (do I really need to mention the name??) and give him tools like Twitter, YouTube, email and the like, he then has the ability to reach huge populations of people with his messages on a more personal and direct level.  Unfortunately for the Republicans, the majority of people across the nation embraced these efforts.  Generally, people like individualized attention.

Nobody wants to be lumped together as part of a whole because everyone has their own unique sets of situations and circumstances which drive the way that they think, live….and VOTE.

The reality is that the more visible a candidate can be to a prospective audience, the more challenging it becomes to effectively deliver a message.  In the Information Age, we have so many tools at our disposal for communicating to one another; the same tools that can be beneficial for presenting ideas can also become a detriment (caught on video – 47% comment – FOREVER carved into cyberspace).

Overall, making effective use of social media can definitely be advantageous to political candidates.  But they also need to have a message that will appeal to the masses in order for the tools to really make a positive impact.  Looking back on the past months, Republicans made use of tools just as their opponents did, and still, we weren’t able to advance our candidates in so many areas of the country.

I think it really does come down to being able to speak to the diverse “fabric of the country,” quote courtesy of Mr. Spader.

Social media contributes to the presentation layer, but having a sincere appreciation and understanding for all of the values and ideals that make our nation unique and balancing the requirements of an audience that wants to continuously improve upon their ways of living are the most important drivers in how well a candidate will be embraced by the public.

Just think about what a powerful message that could be if it went viral….