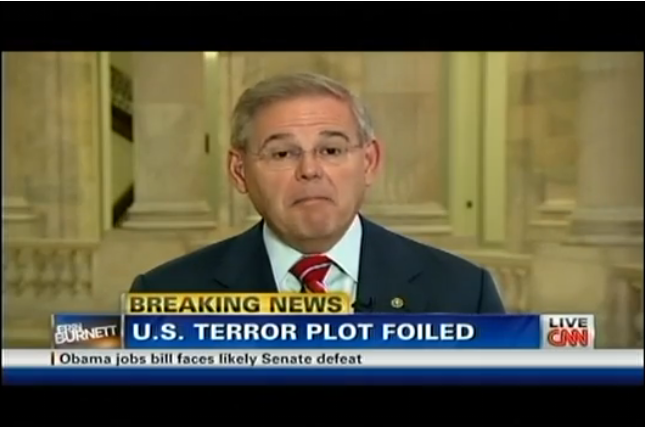 Is there something here? Are the allegations true? Dunno. You can read this morning’s full Daily Caller story for yourselves right here, Save Jerseyans:

Documents published online for the first time Thursday indicate that the FBI opened an inquiry into New Jersey Democratic Sen. Bob Menendez on August 1, 2012, focusing on repeated trips he took to the Dominican Republic with longtime campaign contributor and Miami eye doctor Salomon Melgen. TheDC reported in November that Menendez purchased the service of prostitutes in that Caribbean nation at a series of alcohol-fueled sex parties.”

Background: we’ve covered this story in the past; meanwhile, the mainstream outlets made a decision to ignore it altogether during the general election. The Daily Caller folks nevertheless continue to stubbornly follow up despite blackout conditions. All of this, mind you, could be coming to a head as Senator Menendez is assuming control  the Foreign Relations Committee (John Kerry is headed to State, ICYMI).

Update: Fox News looked into the story and got a mixed response (the Daily Mail picked it up across the Pond, too). The DOJ won’t confirm or deny an investigation (which is a standard response), but the well-known watchdog group CREW said they did previously forward information to the authorities. Crew has since stopped investigating… read it here…