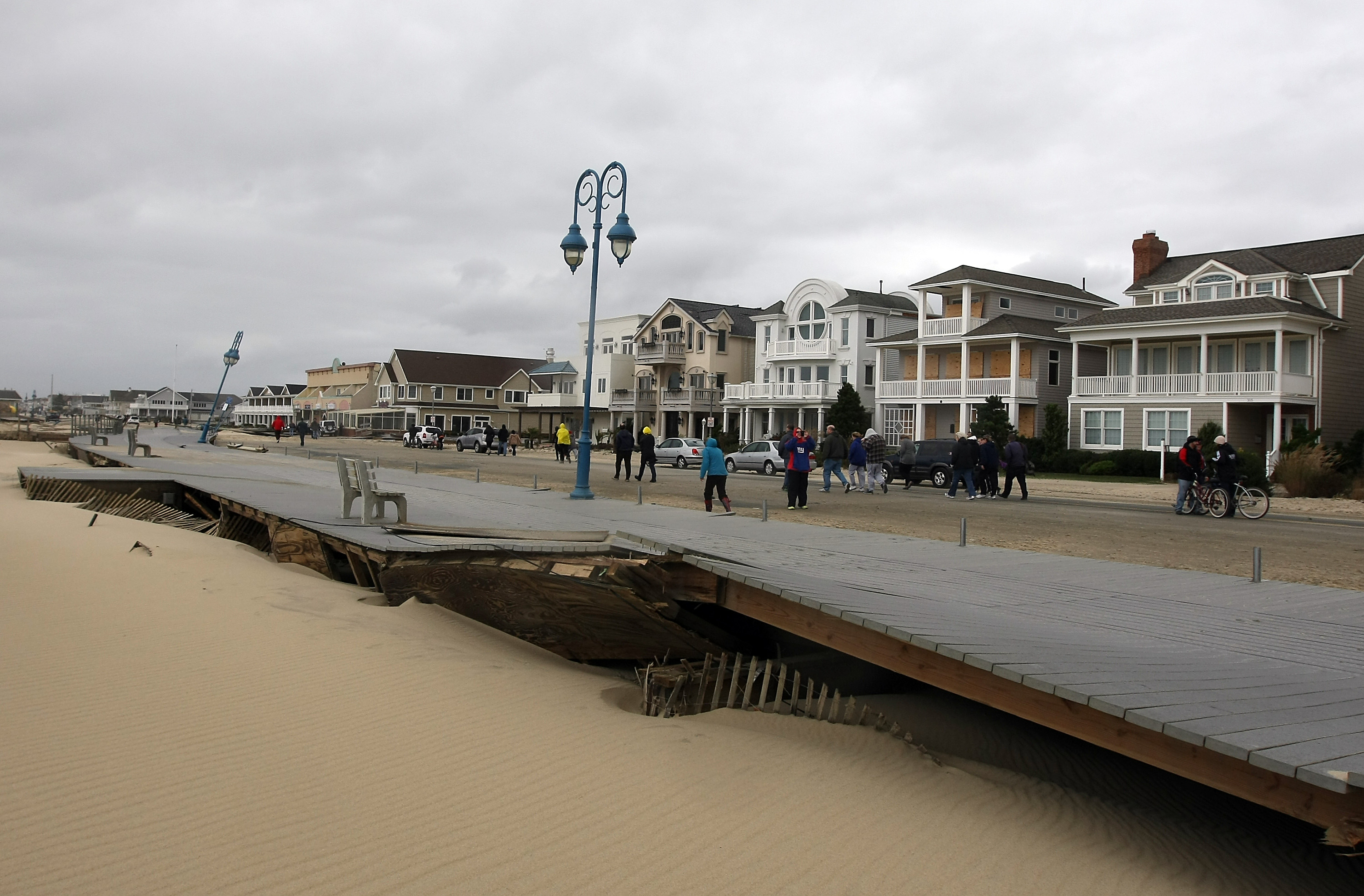 It was great to see Belmar break ground on a brand new boardwalk yesterday, Save Jerseyans:

And it upsets me to no end to watch politicians stand around and congratulate themselves (we’re looking at you, Frank, but you’re not the only one) who’ve consistently voted to expand the debt load and tax burden of Shore residents, only to turn around days later and pretend to have those same resident’s best interests at heart when there’s political hay to be made of it.

But this problem didn’t start with Sandy and it sure as heck won’t be the last we see of it. Not based on what I’ve been seeing and hearing out of the halls of power.

Sandy was a horrible storm in so many ways, as was Katrina. The human, environmental and economic tolls of these tragedies are usually staggering. Equally as damaging has been the way in which our leaders have responded to these natural disasters. They’ve fundamentally and forever damaged a piece of our national infrastructure more precious than any boardwalk or highway: our constitutional system of federalism.

A pair of Heritage Foundation contributors recently analyzed the aid debate and wrote something that we’ve been saying for weeks right here at Save Jersey:

Taking time to thoroughly evaluate emergency spending requests, especially when the treasury is broke, is an obligation of office that taxpayers expect lawmakers to take seriously. One must ask why Congress should rapidly appropriate funds for New Jersey, New York, and Connecticut when none of those states has had a special legislative session to appropriate state funds for the response and recovery efforts involved in Hurricane Sandy. Federalism should be an enduring principle, not one that states claim only when it is convenient.”

I’ll give you one little example. It’s all you’ll need. Consider for a moment how the Belmar Boardwalk reconstruction projected is estimated to cost $6.5 million. Then take a look at New Jersey’s $31.7 billion budget for FY 2013, representing a $2 billion spending increase over FY 2012. Despite the fact that we’re already spending $15-20k+ per child annually in some of our state’s poorest performing school districts, the state budgeted for $2.05 billion MORE for eduction in this latest budget.

You’re telling me that $2.05 billion couldn’t be redirected to the Shore points to fund emergency reconstruction?

BTW- that’d pay for approximately 315 new Belmar boardwalks. We could build a giant one that ran from Sandy Hook to Cape May without stopping.

Could the answer be any more clear? It’s time for both sides in D.C. to stop b.s.’ing us, get to work, and produce a final Sandy package that assists those Shore residents who help fund the federal government WITHOUT wasting money on politically-motivated pork. Boehner made an epic mistake by punting initially instead of tackling this challenge head-on. Congress could do it in an afternoon; all that’s lacking is the will to make it happen. But it’s also long past time for our federal, state and local leaders in New Jersey to quit behaving as if federal aid is an elixir, take out the red pens and cease wasting money at home, too.

States like New Jersey wouldn’t need to depend on the whims of Washington’s creatures in a crisis if we (1) lives within our own means in Trenton and (2) kept a more reasonable percentage of our money here at home in the Garden State. On that last point, Pallone, Lautenberg and those other folks standing behind the Governor at Belmar are abject failure: this state continues to receive the worst return on its federal tax dollars of any state in America no matter who in charge down I-95.

4 thoughts on “Federalism Washed Away”