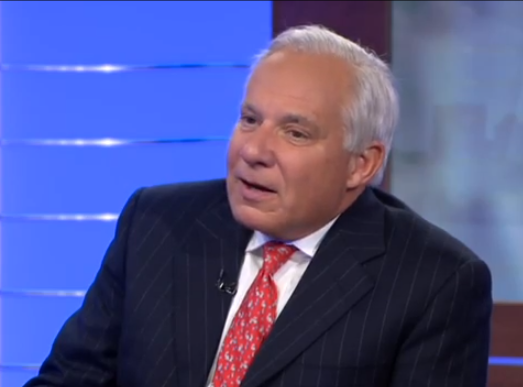 I Guess It Takes One to Know One? Ethically-Challenged Former U.S. Senator Defends Embattled Menendez

Pressure continues to mount on U.S. Sen. Bob Menendez (D-NJ) from all sectors, Save Jerseyans, and FBI apparently considers the allegations of “right-wing blogs” sufficiently serious to conduct an official investigation. I also have it on good authority that right-wing blogs are still digging; what’s more, I’m told certain national Democrat circles are getting tired of hearing about it.

Ironically, the only thing keeping Menendez politically alive is the fact that Chris Christie is the Republican Governor of New Jersey. The heat isn’t quite bad enough yet to justify losing a seat. Not quite yet.

More good news for Hudson Bob: New Jersey’s last U.S. Senator to succumb to an ethics scandal – Robert Torricelli – came to his defense during an episode of NJToday from last week:

For those of you with short term memories, Bob Torricelli stood accused of failing to disclose thousands of dollars in allegedly politically-motivated (and illegal) gifts from a shady businessman. The NJ Supreme Court’s decision to let Democrats substitute out Torricelli for a previously-retired Frank Lautenberg to blunt an 11th hour Doug Forrester comeback still stands as one of the most notorious episodes in state political history.