What’s So “Good” About This Friday? 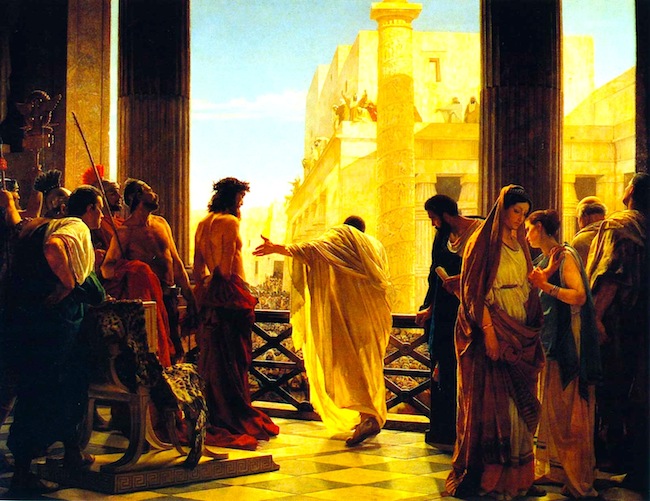 Understanding the Political Implications of the Arrest, Crucifixion and Death of the King of Kings

There’s both a theological and political answer to this age-old question, Save Jerseyans, one which every Christian ponders at one point or another during childhood. 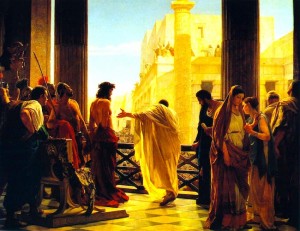 After all, what’s so “good” about an objectively nice guy — Jesus of Nazareth — being arrested without cause, denied due process, condemned without evidence, ridiculed by his own people, betrayed by his closest friends, and brutally put to death by a tyrannical foreign power?

That’s a pretty “bad” Friday by anyone’s yardstick. The ACLU would’ve been all over this one.

Ghoulish though the scene may’ve been, it was truly “good” from a theological perspective because Jesus wasn’t just Jesus the regional political pariah or run of the mill desert preacher. He was the “Christ” incarnate, and He proved it by subsequently overcoming death and rising from the grave just three short days later. Having done so, He successfully ransomed mankind from eternal death and purchased eternal life for everyone audacious enough to believe in Him. So He quite literally saved us from ourselves… Jersey and all!

But like any great heroic tale, the “how” here is no less significant than the “why.”

God’s saving miracle was accomplished when He voluntarily submitted Himself to slander, torture, humiliation and murder. He won our freedom by laying down His life in exchange for our own (something many brave Americans have done over the past 236 years), and the freedom He gave us as an inheritance cannot therefore be denied by any earthly power. Why? Because God is the grantor! By necessity, the only valid human government is one whose scope remains strictly limited to safeguarding those God-given rights.

So the political implications of Christ’s Passion are blatantly obvious for those willing to hear it. If our human rights and intrinsic worth flow from God and God alone, then no human government has the authority to deny them to us or infringe upon them even for the so-called “common good.” Not the Emperor Augustus, not Pontius Pilate, not the Jewish Sanhedrin. 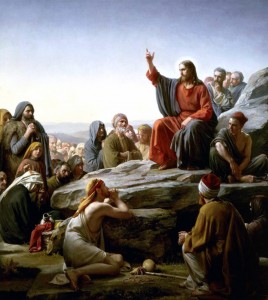 Jesus was, in a sense, the first practical democrat (little “d”).

It took awhile but, eventually, politicians picked up on the political lessons behind the Passion and put them to good use. Thomas Jefferson wrote in his 1774 Rights of British America, “The God who gave us life gave us liberty at the same time; the hand of force may destroy, but cannot disjoin them.” His views, and the views of his fellow founding fathers, aren’t a departure from the gospels in the slightest as some modern secular academics love to claim; they were in fact a faithful reflection of Christ’s clear intent!

“Liberty” is really the key concept, too. Jesus didn’t even hint at a role for government in effecting salvation (sorry, Thomas Aquinas). He was the natural successor to a long line of Jewish prophets who were themselves the first political activists in human history; it was the prophet Nathan who confronted King David for committing adultery with Bathsheba, declaring: “Why have you despised the word of God, to do what is evil in his sight?” The first recorded act of civil disobedience! The first acknowledgment that temporal power, however great, will always answer to something beyond us all.

And we’re all familiar with Jesus’s “render unto Caesar” quote contained in Matthew 22:21. Jesus never once instructed his disciples to adopt a particular form of government or pursue a certain collective agenda. He unambiguously and openly rejected contemporary zealots who advocated for open rebellion.

Instead, Jesus opted to bestow a personal mandate through His sacrifice on the cross.

He endured the unthinkable alone; no labor union, protected class, community organization or interest group helped shouldered His heavy burden. Similarly, through His example, we’re called to feed, clothe and care for our neighbors – to sacrifice for their well-being, if you will – as individuals endeavoring to live a Christ-like life. Otherwise, Jesus would’ve instructed us to “render unto Caesar and then let him worry about it.”

But He didn’t, and that’s both sound theology and good political theory, Save Jerseyans. Something to chew on this very Good Friday since you’re supposed to be fasting anyway!