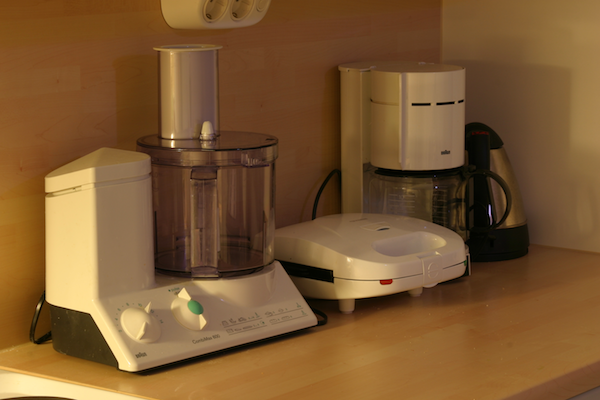 OPINION: It’s Time to Free America from the Scourge of Kitchen Appliance Violence 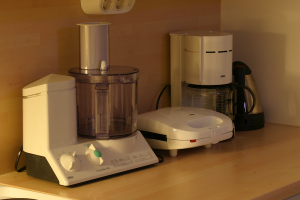 Some folks out there on the Left are really complaining up a storm today, Save Jerseyans, over what the New Jersey State Senate’s gun control package does not include.

I’m a little miffed, too.

Vile firearms are only part of the problem. I want to know when our politicians will step up and restrict ownership of multiple pressure cookers? The evil, senseless implements of destruction reportedly used in last week’s Boston Marathon bombings.

For the record, I don’t accept the contrived right wing argument that anyone and everyone has a constitutional right to purchase a kitchen appliance no-strings-attached. Sure, the Founding Fathers did significantly limit the government’s right to restrict private property ownership and commerce in the U.S. Constitution, but did the framers ever contemplate a microwave? Or automatic cake mixer? Or pressure cooker? It’s hard to argue that they intended to protect our right to own something so dangerous and technologically advanced that didn’t even exist in their own time!

Butter churners? Sure. And butter churning has the added benefit of combating childhood obesity and reducing the user’s carbon footprint.

But the suggestion that our Constitution would permit citizens to own something as dangerous as a handheld blender without significant government regulation is just absurd! Let’s use our heads, people.

And these devices are simply too dangerous. We have the data. For example, the National Fire Protection Association (NFPA) says there were 1,260 pressure cooker injuries in 2006 alone! For those of you who learned mathematics in an Abbott District, that’s like six Boston bombings rolled into one. The FBI reported that almost 1,700 Americans were murdered with knives or other cutting instruments in 2011. Why can’t conservatives at least acknowledge the existence of a problem???

We still need to be practical; these are ideological times, and realists like you and I live in a very politically divided country. Change takes time. At the very least, even radical Republican wingnuts should be able to rally around a few common sense “cooker control” parameters that could easily be rolled into a legislative package tomorrow:

(1) No “concealed” kitchen appliances. There’s no need to bring a crock pot or heating plate to your outdoor family reunion. Cold cuts will get the job done.

(2) A ban on “assault appliances.” Electric turkey carving appliances? Hell no! We can’t really define “assault appliance” in all instances but we know one when we see it, right? Anything that looks scary, regardless of function or other considerations, is only safely owned by the government’s agents and affiliates. They’re known for responsibility and restraint.

(3) Extended background checks. Do you really want an institutionalized individual or newly released felon running around buying toasters like they’re going out of style? If your granny needs to submit copious paperwork, several forms of ID and a blood sample to buy a waffle iron, then so be it… a small price to pay for safety.

(4) One appliance per month registration system. Don’t you want to know if your neighbor owns a deep fryer? And should he or she be able to buy 15 per month? They don’t need that many to feed their family! Let’s put it on the books.

(5) Appliance buy back program. Let’s get toaster ovens off the streets, people. Let’s institute a government buy back program. It’s not like folks are only going to bring some of their appliances and use the cash to buy new and better ones! Right…?

Let me be clear, Save Jerseyans: I don’t see the need for ANYONE to own a kitchen appliance. I’m a busy young professional; I eat out all of the time and rarely engage in recreational cooking. I can’t begin to digest the opposite viewpoint.

What do I know in my heart? Americans shouldn’t have to live in fear of kitchen appliance violence. When will our politicians stop serving the powerful culinary lobby and start answering to the people?