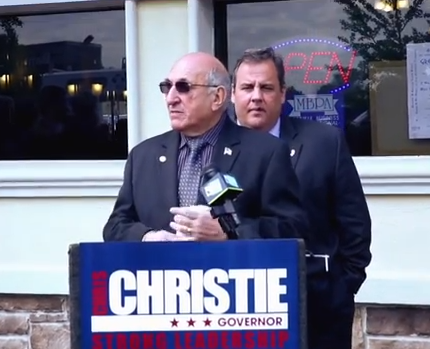 The pair issued a joint release welcoming the endorsement with more than a tinge of sarcasm, noting how “Governor Christie’s ability to resonate Republican values penetrates even deep within the Democratic Party,” and that they’re glad Mayor Corradino also wants to  “stand with Governor Christie and strive to bring his values and ideals to the town of Manville.”

“As a personal note to the mayor,” added Rich Onderko, “if you ever want to change parties, that is another story.”

Asher and Onderko’s position is awkward, surely, but it’s also not one that’s unique to them in 2013.

As Governor Christie continues to buck traditional party lines across the Garden State like a post-partisan wrecking ball, Democrats and Republicans alike are presented with extremely tough tactical choices. A significant number of Democrat incumbents are choosing to deal with the potential of a Christie wave by jumping ship and endorsing the Republican Governor rather than risk being swept away with the tide. Republicans challengers, in turn, are compelled to endure watching the man at the top of their ticket shower praise on the opposition.

3 thoughts on “The Cycle of Awkwardness”