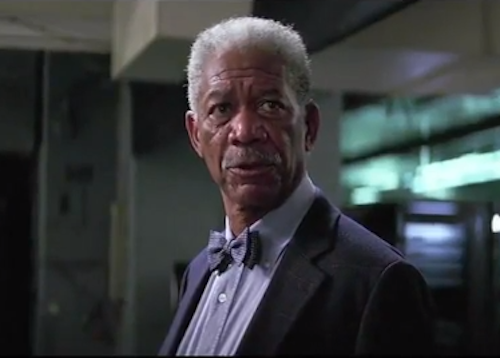 Actor Morgan Freeman continues to support the President despite it all; on Tuesday, he told MSNBC that all Obama “wants to do is get our country back on track …And I think that President Obama – he was a good choice otherwise we wouldn’t have reelected him. And obviously he’s succeeding against some serious odds. So he’s a good man.”

Freeman is a consistent Obama supporter, but his blind faith in Barack Obama has completely contradicted the principled stand of his character Lucius Fox from The Dark Knight: