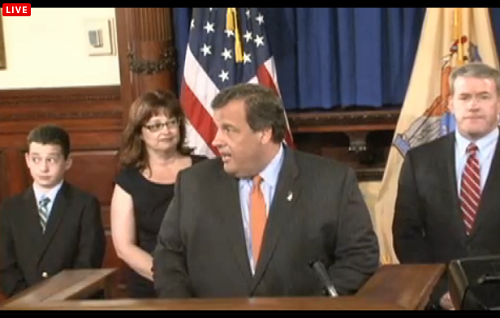 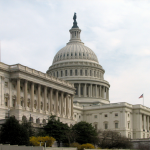 Chiesa, who described himself today as a “conservative Republican… generally speaking,” is a placeholder… both men confirmed that he will NOT participate in the special GOP primary… what that means for the August field is unknown at the present time.

Watch video from the Thursday afternoon announcement below…

Here’s a link to his official AG bio.

More biographical information about Senator-designate Chiesa, provided by the Governor’s office, is below the fold:

Governor Christie’s U.S. Senate Appointee Has Spent More Than A Decade Fighting For And Defending The People Of New Jersey

Jeff Chiesa has served as the Attorney General of New Jersey since January 2012. He received bipartisan support from leaders on both sides of the aisle, and was confirmed by a unanimous vote in the State Senate.

·        Protecting Children: Chiesa’s office launched a multi-pronged attack on child exploitation crimes, including statewide stings that have resulted in the arrest and indictment of many child pornography offenders. The AG’s office has also worked closely with the Legislature on proposed reforms aimed at toughening penalties for child pornography offenses

·        Targeting Gun Violence: As Attorney General, Chiesa has aggressively targeted gun violence in New Jersey through strategic investigations focused on seizing illegal weapons in violent areas, disrupting the supply-chains of those weapons, and aggressively prosecuting criminals involved in the illegal sale and possession of weapons.

o   Chiesa’s office implemented the most sweeping gun buyback program in state history which to date has collected more than 10,000 guns off the street, including 1,200 illegal guns.

·        Cracking Down On Public Corruption: Chiesa’s office filed 40 new public corruption cases in 2012, charging current and former public officials at every level with crimes related to the exploitation of their positions for personal gain.

·        Promoting Diversity: Chiesa has personally led a continuing effort to recruit and train a diverse State Police organization. Through this effort, the 152nd State Police class is the most diverse in history.

·        During Chiesa’s time as Chief Counsel, he helped to guide New Jersey through an extraordinarily difficult budget period, including closing a combined $13.2 billion shortfall in the first six months of the new administration.

·        Chiesa was intimately involved in crafting the negotiations to pass landmark reforms such as:

o   Historic, bipartisan pension and benefits reform that will save New Jersey taxpayers $120 billion over the next 30 years.

o   A 2 percent property tax cap and interest arbitration reform to rein in the cost of government.

o   Major education reforms such as the Inter-District School Choice Program and the Urban Hope Act.

Chiesa served as Executive Director of Governor Christie’s Transition Team during which he oversaw a comprehensive review of New Jersey government operations.

·        Under Chiesa’s guidance, the Christie transition team developed 19 individual reports reviewing the operations of every department, agency and authority in state government.

o   Chiesa’s team developed assessments and recommendations to improve, shrink and, in some cases, eliminate wasteful or inefficient government operations.

Chiesa spent seven years in the U.S. Attorney’s Office for the District of New Jersey, ultimately serving as the Executive Assistant U.S. Attorney.

·        Chiesa was involved in all aspects of the U.S. Attorney’s Office, including the management of the Criminal, Civil, Appeals and Special Prosecutions Divisions.

·        He also served as Counsel to the U.S. Attorney and as Chief of the Public Protection Unit.

Chiesa has over 10 years of experience in private practice.

·        Prior to joining the U.S. Attorney’s Office, Chiesa was a partner at the law firm of Dughi and Hewit, where he litigated civil matters, including the representation of medical professionals and hospitals.

·        Before joining Governor Christie’s transition team, Chiesa was a partner at the firm of Wolf & Samson.

Chiesa graduated from the University of Notre Dame in 1987, and earned his Juris Doctorate from The Catholic University of America in 1990.

·        He has served as a Eucharistic minister and taught Sunday School at his church, St Joseph Parish in Raritan Borough, and has coached soccer and basketball for more than eight years in Branchburg.