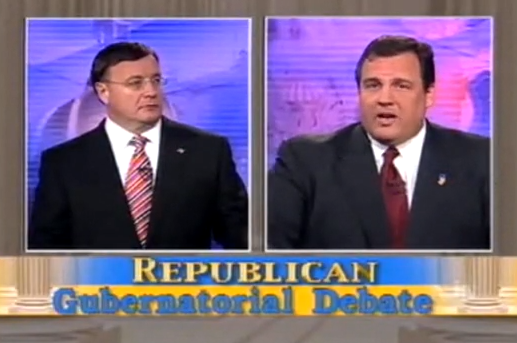 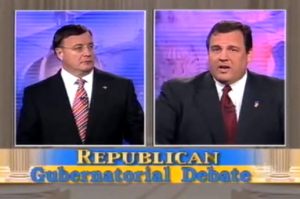 I told you that Governor Christie’s “October logic” wasn’t off base, Save Jerseyans. Every passing day yields developments that seem to verify it. Thus far…

Let’s consider where we’re at in this admittedly bizarre special Senate race saga: there are still a couple of other Republicans who will attempt to file 1,000+ petitions today for the U.S. Senate special — notably Dr. Alieta Eck who appears to be garnering Tea Party backing — but right now the momentum is clearly in Steve Lonegan’s favor.

He’s received the formal support of at least five GOP county chairmen over the weekend. It’s a once unthinkable accomplishment for a man who was vanquished by the establishment-back Chris Christie in 2009. What on earth happened??

Chris Christie’s team of strategists happened. I was on the phone all weekend, Save Jerseyans, and there were at least a handful of reputable current office holders considering entry into the GOP primary. They held off because it quickly became apparent, as they tested the waters in person and over the telephone lines, that the Republican chairs had read Trenton’s cues carefully.

There’s plenty of speculation as to how Steve Lonegan’s complicated relationship with AFP’s national arm played into the arithmetic of this situation. That’s a 30,000 feet consideration for those of us on the ground; it’s all idle speculation.

What we do know is that the Christie people are still considering this race an uphill climb against a likable albeit bloodied Booker from August through October 16th. Rather than adopt (and then sacrifice) an establishment prospect, and having done so committing to the fundraising/GOTV/media/messaging work themselves, they’re perfectly content to let the Loneganistas harry the balkanized New Jersey Democrats for two long months.

And it looks like Democrats are taking the bait. Plagued by a statewide leadership vacuum, factionalism is taking hold and Cory Booker will likely be denied an easy path to the nomination in August (despite the clear desire of the most powerful bosses). Rep. Rush Holt has already declared his intention to run; now Assembly Speaker Sheila Oliver is in, too, and Rep. Frank Pallone is expected to file petitions today (his surrogates were pounding pavement all weekend). They simply couldn’t resist! Open seats are hard to come by, and at his relatively young age, Booker could hold the U.S. Senate seat for a political eternity. It’s now or never for these aspirants.

So millions of valuable Democrat dollars — all of which could’ve helped Buono and the legislative slate — will spill into a contest where the ultimate outcome is, frankly, of little consequence to every major Garden State powerbroker except for those who actually want Lautenberg’s seat. Their pockets/coffers are padded by local/county/state consequences; federal conquests are primarily a vanity to your average party boss.

The end result of these machinations? As the establishment sees it, (1) their old nemesis Lonegan absorbs a second statewide loss, (2) a further-hobbled state Democrat Party is even weaker come November, and (3) the media fixates on a Booker/Lonegan “sideshow” instead of Barbara Buono, a candidate whose name recognition is in the toilet.

I’m not saying Steve doesn’t have a shot, folks. All I’ve done is explain why Steve Lonegan is poised to lock up the Republican U.S. Senate nomination without a fight from Trenton. The only possible hitch could come from the courts this week. What else is new. Stay tuned.

15 thoughts on “Why Steve Locked It Up”