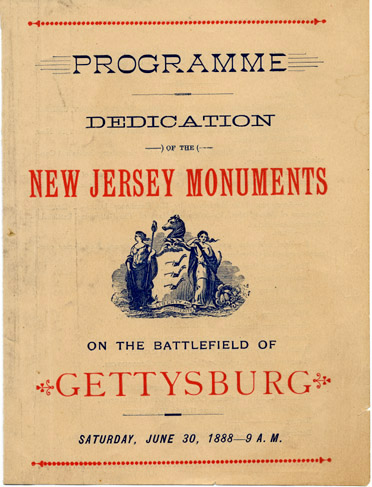 This year is the Battle of Gettysburg’s 150th anniversary, Save Jerseyans. The epic 3-day battle remains the largest land battle in the history of North America, a carnival of carnage played out in the picturesque countryside of Southeastern Pennsylvania, but just in case you weren’t aware, soldiers from all over the United States and Confederacy were present… including New Jersey.

On July 2, 1862, New Jersey’s First Brigade defended the area around the Weickert farmhouse located just north of Little Round Top; Civil War buffs know that Little Round Top is where Col. Joshua Lawrence Chamberlain and his 20th Maine regiment famously held off a brutal Southern attempt to flank the Union’s lines. The New Jerseyan veterans were so proud of their contributions that they subsequently returned to buy the farm and erect a monument (see above).

It’s hard to understate what happened on July 2nd. Had Lawrence’s regiment failed to hold, Robert E. Lee might’ve successfully rolled up the Union line, triumphed at Gettysburg and pushed on to Washington, D.C. It was quite literally a day that changed world history! And men from the Garden State played a crucial role. Never let anyone forget it.

40 thoughts on “New Jersey at Gettysburg”