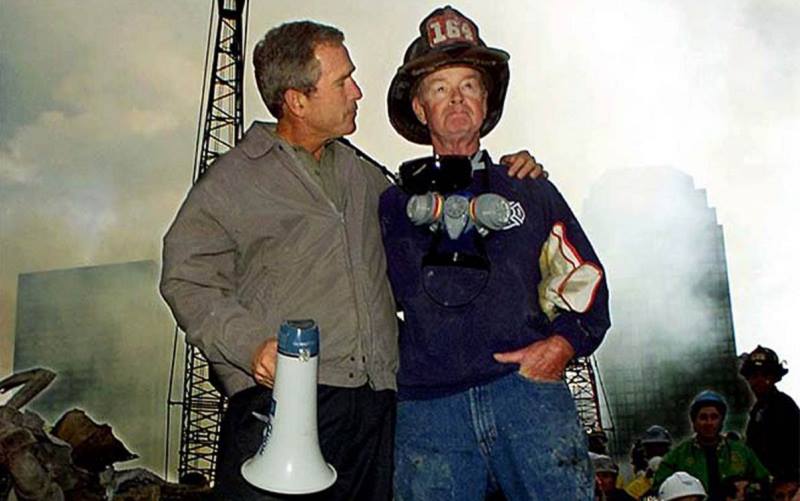 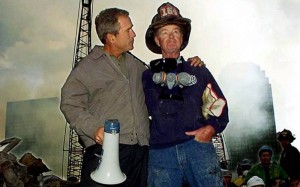 I shared a quote with my Facebook friends last night from Rudolph Giuliani, the former mayor of New York City, on the eve of this 12th anniversary of the 9/11 terror attacks:

“The attacks of September 11th were intended to break our spirit. Instead we have emerged stronger and more unified. We feel renewed devotion to the principles of political, economic, and religious freedom, the rule of law and respect for human life. We are more determined than ever to live our lives in freedom.”

Then I started to wonder if it was still true, Save Jerseyans.

Evidence to the contrary: (1) the NSA is intercepting our personal phone records and (2) Americans can’t board an airplane without invasive searches; (3) Government spending is now approaching 40% of the GDP, greater than any time in our history save for World War II; (4) Washington can compel you to buy anything that Congress wants you to consume provided that it’s accomplished under the guise of a “tax” or, in the case of real property, transfer yours to another private individual for the “public good”; (5) Government opposition groups suffer punitive tax audits and (6) major scandals are shamelessly covered up.

Shall I keep going?

The obvious point is that we’re less free today than we’ve been since before the American Revolution. That’s objectively true. Colonists threw tea in the harbor for a whole helluva lot less taxes than we’re paying every April 15th.

The ultimate insult, however, is the fact that the U.S. President responsible for perpetrating or exacerbating many of these outrages took to network television on the eve of September 11th and made the case for Americans dying for Al Qaeda.

The same president who still earns the confidence of approximately 43% of his countrymen and whose former Secretary of State who helped cover up the Benghazi melton, Hillary Clinton, is leading virtually every poll for the 2016 presidential contest. This is also the same Administration that has engendered a reduction of our active duty military might at a time when the sharks are circling.

What in God’s name is wrong with you, America? And for the record, I’m sorry to be such a downer on an important day, Save Jerseyans, because I know you’re not the problem; that being said, is there a better day to say it?

We may’ve been “determined” to “live our lives in freedom” on September 12, 2001, Mayor Giuliani, but I’ve seen scant evidence of that spirit lately.

New Jersey’s 746 September 11th victims – and the thousands of other Americans who died both that day and since then battling the forces of terror – deserve a hell of a lot better than what the American voter has been doing to this country in their absence.