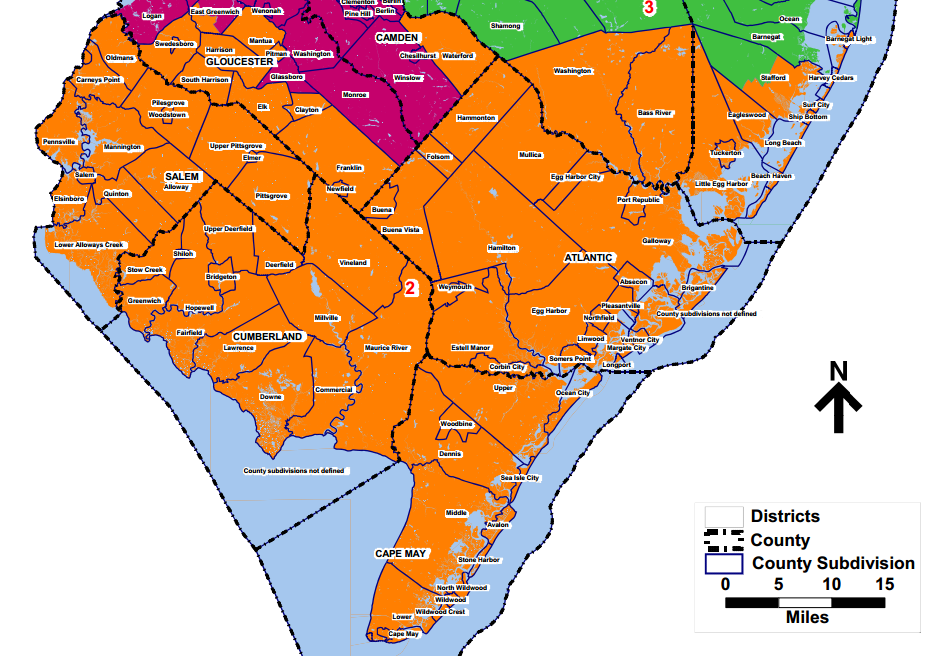 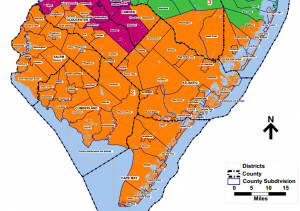 The 2013 Election is days away, Save Jerseyans, but the fight for New Jersey’s last truly competitive congressional seat is already heating up.

New Jersey’s 2nd Congressional District is currently represented by veteran Frank LoBiondo (R-NJ02) but is considered a D+1 district by the Cooker Partisan Voting District. Some Democrats are betting fallout from this month’s shutdown could render Republicans is marginal districts vulnerable next fall.

William Hughes, Jr., the son of former Rep. William Hughes (D-NJ02) who represented the district for all but two years between 1970 and 1995, formally announced his candidacy on Thursday. Meanwhile, Cape May GOP Chairman and Save Jersey contributor Michael Donohue took aim at state Senator Jeff Van Drew (D-Cape May) who has been openly flirting with a run for the last couple cycles:

“Jeff Van Drew owes it to the residents of the 1st legislative district to clearly state BEFORE this November’s state elections if he will be looking to vacate his Senate seat – in the event that he should be win reelection – for his long-known and stated higher aspirations to run for Congress. The people have a right to know if they are merely being asked to elect a placeholder name, rather than someone dedicated to his obligations in Trenton for the next term.  In the choice between Van Drew and Republican Susan Adelizzi-Schmidt, voters have a right to know if Van Drew is merely attempting to use the State Senate seat as a stepping stone to higher office.  Adelizzi-Schmidt is clearly not doing so.  Is Van Drew?”

“Should Van Drew intend to seek the Democratic nomination for the 2nd Congressional district mere weeks after this election – and allow ethically-challenged Assemblyman Nelson Albano to speed towards the state Senate appointment – the residents of the 1st legislative district would be ill-served.  They deserve an answer from Van Drew before casting their votes this November in the State Senate race.”

Once considered the clear favorite for his party’s nomination, Van Drew now likely faces a primary assuming, of course, he survives a spirited legislative campaign on November 5th. Congressman LoBiondo issued a statement subsequent to Hughes’s announcement welcoming all challengers:

“At its core America is built upon the belief that every voice has the right to be heard and every vote counts. As I have said previously, I welcome all interested candidates into the race and look forward to a vigorous discussion of the issues, their involvement in our community and the qualifications they would bring to representing the 2ndCongressional District.”