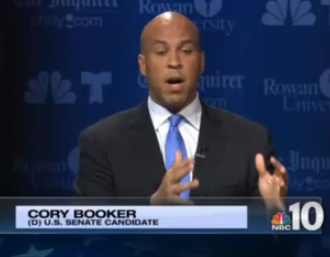 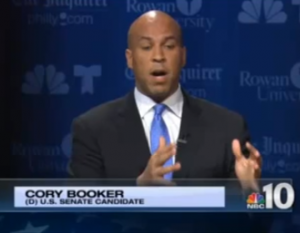 Cory Booker came to the second and final Senatorial debate prepared to portray Steve Lonegan as a Tea Party extremist, and Lonegan cooperated.

Lonegan came prepared with facts and punchlines.  Booker turned nearly every question into an opportunity to portray himself as a compromiser who will go to Washington to get things done and Lonegan as an extremist.

Early on in this campaign, Lonegan acknowledged he “lacked a filter” between what he really thinks and what he says.  He seems to have developed a filter over the last several weeks, but he left it at home tonight.

Lonegan’s hardest punchlines are likely to be used against him over the the final week of the campaign.  “You might not be able to swim in that river, but its probably because of all the bodies in it from shooting victims” and “you’ll abort a baby in its 8th month of delivery,” will very likely be used relentlessly by the Booker campaign and they ramp up their Get Out The Vote machine in the coming week.

19 thoughts on “Booker Wins On Style”