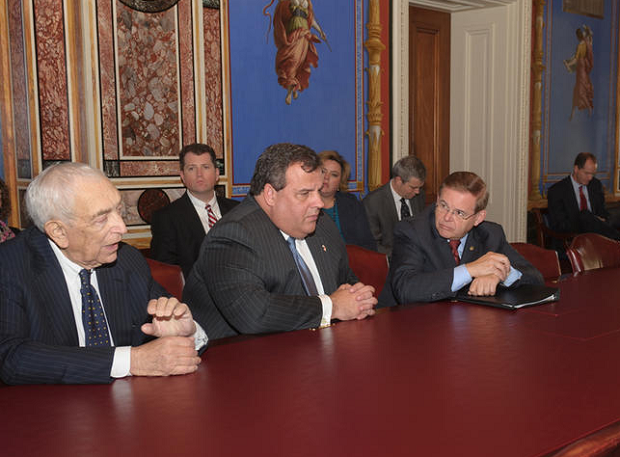 2013? 2016? An attempt to aid shutdown negotiations? Or part of his campaign’s desire to engender the thematic perception of a bipartisan leader actively engaged in bridge-building?

No one knows except the people who do, Save Jerseyans.

No word on a meeting for Ted Cruz (R-TX) or Rand Paul (R-KY). The publicized reason Governor Christie’s visit was a “courtesy” drop-in on his friend, U.S. Senator Jeff Chiesa (R-NJ).

This is one instance where your Blogger-in-Chief flat-out doesn’t believe him. It’s 2013; Jeff Chiesa has a cell phone and an email account. He’s in the middle of a reelect that’s less than four weeks away. Hmmm…

5 thoughts on “Christie Visits the Hill”