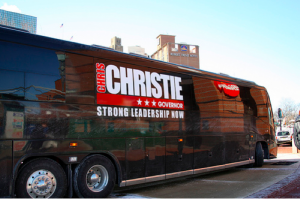 A poll of “registered” voters released by Fairleigh Dickinson puts the Governor waaaaay ahead of Barbara Buono (BWOH’-noh) by 33-points.

The true state of the race probably lies somewhere in between; consequently, our polling average ticks up slightly by 1-point in Governor Christie’s favor to +25…

“Senator Buono has an opportunity to make some inroads in the two scheduled gubernatorial debates on October 8 and October 15,” said Krista Jenkins, director of PublicMind and professor of political science at Fairleigh Dickinson University, in a statement issued before Tuesday night’s first gubernatorial debate, “but she’ll need more than good debate performances to close a gap of this magnitude.”

We now know that didn’t happen! At least concerning the 8th. She’ll have one more bite at the apple next week.

For now, Buono still hasn’t broken through the 40% mark in any public poll.

At this point, every public poll in our average except for the Rutgers-Eagleton survey conducted the bulk of its interviews after Governor Christie’s campaign launched a seven-figure statewide TV ad buy. Every poll, however, was conducted before Tuesday night’s debate which was reportedly patronized by approximately 550,000 people via television/radio; that total naturally doesn’t include those who have since watched the debate online.