Delusions on the Boards 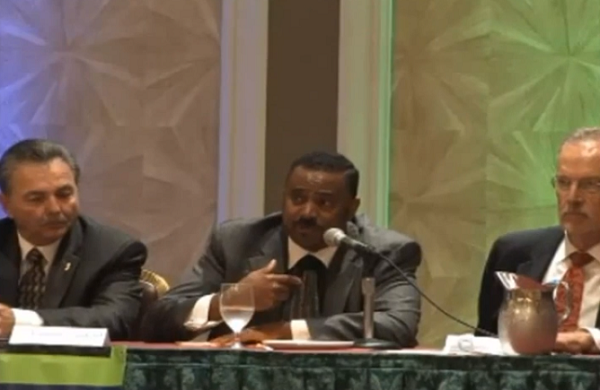 There’s only one person on the planet who thinks Atlantic City’s government is living within its means, Save Jerseyans, and his name is Mayor Lorenzo Langford (D).

Check out this video from Tuesday evening’s local Chamber of Commerce Candidate forum:

Keep in mind that this is the same Atlantic City government responsible for spending $65,000 on three cars for council members in 2012…

No one’s buying it.

“Mayor Langford bragged about how only half of the property taxes in Atlantic City go to fund municipal government while 35% go to fund the schools,” said Sheriff Frank Balles, the GOP nominee for LD2’s state senate seat who was present at the panel discussion.

“In most municipalities the municipal share is far less than what is dedicated to schools, showing again that Atlantic City spends too much,” Balles continued. “They spend too much on staff, too much on raises for himself and his friends on Council, too much on cash-cow payouts for unused sick time, too much on Dodge Durangos and it has to come to an end for property taxpayers throughout Atlantic County.  It was for these reasons that Governor Christie called Langford a ‘rogue mayor’ who is ‘dead wrong’ and that Atlantic City is one of the nation’s worst-run ‘most God-awful, wasteful governments in America.’  Does Senator Whelan agree with Governor Christie?”

Langford is getting a surprisingly tough challenge this cycle from Republican Don Guardian who’s outraised the Democrat incumbent 10-to-1 thus far.