Despite having an enviable war chest, the backing of a powerful regional machine and public appearance boosts from a popular Republican Governor who’s about to be reelected by 25-35 points, Save Jerseyans, Senate President Steve Sweeney is in panic mode down in LD3.

How do I know? For starters, you don’t waste money on a 60 (not 30) second ad on Philly broadcast TV when you’re comfortable with your internal polling:

Sweeney’s devotion to his daughter is admirable, and he’s worked with Governor Christie on initiatives related to developmentally-disabled citizens. It’s been a pleasant change of pace from the numerous other ways in which he’s blocked the Governor’s reforms.

The irony, of course, lies in the fact that Sweeney has bullied the ever-lovin’ hell out his 2013 GOP challenger, Niki Trunk. Most recently, on Friday, Judge Anne McDonnell kicked a bogus complaint filed by Senate President Steve Sweeney over to New Jersey ELEC. 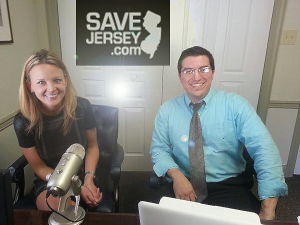 “Despite the best efforts of George Norcross’ personal attorney, Senator Sweeney’s desperate attempt to silence me has failed,” said Trunk. “With his Senate Presidency and future aspirations to be Governor on life support and his poll numbers tanking, Steve Sweeney did what he does best – and tried to bully me into backing down with a weak lawsuit that hinged upon little more than an innocent typo by my volunteer Treasurer. Sweeney failed, just like he’s failed to provide tax relief and improve the quality of life for South Jersey’s struggling middle-class.  Now, his days in office are numbered.”

Tanking polls? Numbered days? We can only hope.

What’s clear is that Sweeney isn’t up by nearly enough to feel comfortable, a situation which brings a smile to every Save Jerseyan face ’cause we know that Trenton can’t truly change without a new legislature. We’ve been arguing that he’s vulnerable all along. This development is the latest confirmation.