Christie and Walker Smiling… For Now 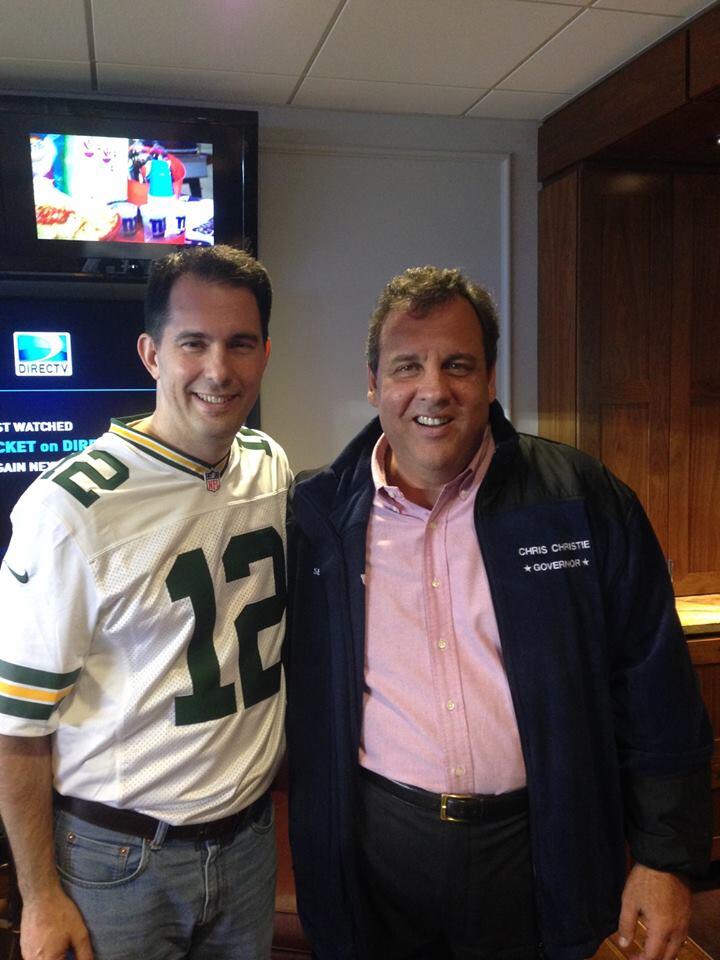 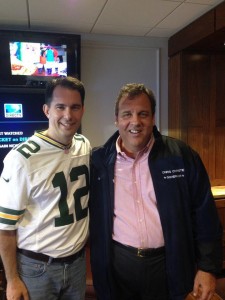 If you talk to anyone in Christieland, Save Jerseyans, they’ll readily offer the observation that Scott Walker poses the greatest threat to Governor Chris Christie’s imminent presidential candidacy should he decide to enter the GOP primary field. He and Christie have a very similar narrative.

Think about it: they’re both tough-talking blue state governors who developed national personas taking on and beating the public sector unions. Christie is undeniably the more charismatic of the two governors but Walker’s conservative street cred hasn’t yet been called into question.

That’s why everyone in the political world is enjoying this photo of the gubernatorial pair (right) from Sunday’s Packers/Giants match up. Like their states’ respective teams, these two political giants might be at each other’s throats by this time two years from now. Enjoy the serenity now in case it doesn’t last!

The silver lining: as you might imagine, we like this game day picture of our governor much more than the one from October featuring the folks who were largely responsible for sinking his legislative candidates. Like night and day…

14 thoughts on “Christie and Walker Smiling… For Now”