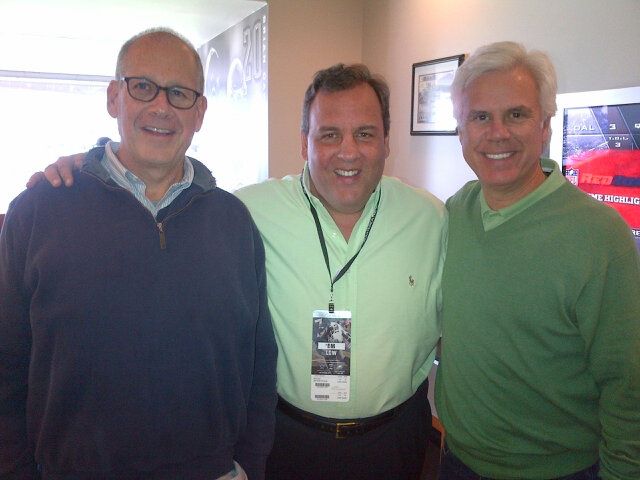 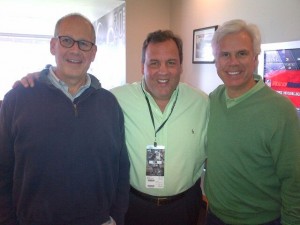 If there is one image floating around online that sums up the odd-ball nature of New Jersey’s 2013 Election cycle, Save Jerseyans, then this it.

Chris Christie (center) is seen standing in what appears to be a box at Sunday’s Eagles game in Philadelphia with a Democrat consultant (left) and South Jersey Democrat Chieftain George Norcross III (right).

The photo was tweeted out to the world by Susan McCue, a former top Harry Reid staffer and president of “The Fund for Jobs, Growth and Security,” a Democrat Super PAC that has been running hard-hitting smear ads against NJ GOP legislative candidates.

So there you have it, folks. We have two parties on the ballot in New Jersey’s Election 2013 but they’re not the ones that you’re used to deciding between.

On the Left are the North Jersey far-left Democrats (Buono, Weinberg, Gordon, etc). To the Right is a grand alliance between Governor Chris Christie’s political organization and New Jersey’s ethically-challenged but ideologically moderate Democrat party bosses.

15 thoughts on “The Choice”