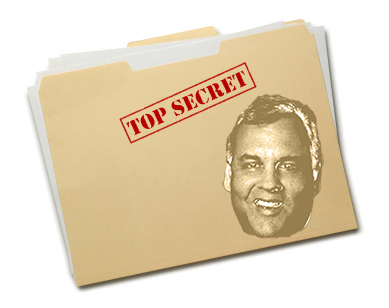 You may’ve heard this week how extensive litigation between Watchdog.org and the Christie Administration finally resolved in the release of a “secret” media list, Save Jerseyans, one which includes yours truly’s contact information. You can check it out here.

Watchdog’s click-bait optimized headline is an attempt at sarcasm; in the body of the post, Mark Lagerkvist concedes that the list “contained no real secrets, confidential information or anything likely to endanger anyone.” The not-so-subtle implication of the rest of the post is that there’s something untoward about a governor using paid staff to put together a media list.

Is there a high elected official who doesn’t have such a list? Com’on. Seriously.

And I have to tell you… being on the list is a little underwhelming! I haven’t received any special treatment or privileged information. My decoder ring must’ve gotten lost in the mail?

Those political considerations are separate and in my mind much-less-important consideration from question of whether the Christie Administration should have just released the list rather than spending a ton of time and money fighting Watchdog in court.

Maybe. But I also wonder where this ends. If the Governor’s salaried personal secretary is sent out to pick up Chinese food and a birthday card for Mrs. Christie over lunch, are we entitled to count the noodles? And read the card? I get that there’s a difference there yet I’m not sure, based on the decision itself, that the courts or the folks who want this info.

Here’s what bothers me, and it isn’t criticism specifically aimed at Mark or anyone else:

Can the media in this state PLEASE start focusing on a story-line of some actual taxpayer significance?

Consider how many media man hours have been expended digging into Bridgegate, or cadet “scandals” like this secret list story, over the past couple of years. What do we have to show for it? The Governor still isn’t wearing orange and doesn’t appear in any danger of a career-killing legal catastrophe. Like I said over, and over, and OVER again. I remain much more concerned about this administration’s failed political tactic of co-opting Democrat bosses, some of whom reportedly came close to wearing orange jumpsuits of the years. Chris Christie’s affinity for the Mediterranean Bar at Wegmans isn’t driving New Jersey individual and business taxpayers out of the state.

What is?  The New Jersey (Mis)Education Association (or NJEA) is spending record amounts of cash to hijack what’s left of democracy in the Garden State this cycle. More green than the entire NJ GOP Assembly candidate pool! The NJEA regularly skirts the line with its taxpayer-financed union dues, and Super PACS with ties to machine Democrats and public sector unions are helping NJEA-backed candidates outspend their opponents 10-to-1 in nominally battleground districts.

Where are the gritty and unafraid investigative journalistic efforts on this front?

Nowhere to be seen! And unlike Bridgegate or Listgate, Save Jerseyans, these scandalous public sector union campaign tactics WILL (and have) impacted your property taxes and given plenty of taxpayers justifiable cause to wonder if someone, anyone, ANYWHERE, still exists who shares our priorities and concerns?

I’m on that list, too, but it’s not exactly a secret.

As Steve Lonegan was always fond of saying, paraphrasing, the corruption that really matters in New Jersey is institutional, not criminal. It’s out in the open. You don’t need an OPRA request to find it. I’ll keep pushing the media, in my own little way, to re-prioritize accordingly even if it’s ultimately a vain pursuit.