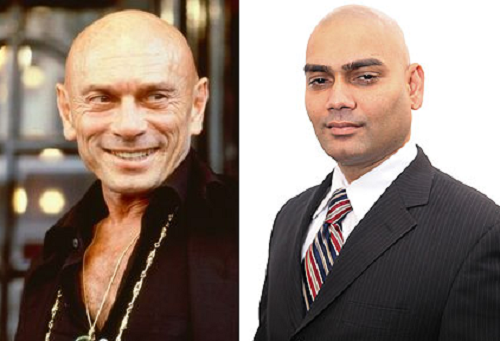 As sure as fall follows summer and the sun sets in the west, Save Jerseyans, Hudson County Democrats inevitably break the law. It’s just what they do.

Next up is a story from the end of last week: The Crook and I?

Khemraj “Chico” Ramchal (D-Ward B) stands accused of illegal misappropriating “the property of the County of Hudson, specifically through paychecks in the excess of $500, by deception” according to the criminal complaint filed against him.

It’s been a rough year for the guy who could almost be a Yul Brynner stage double, having been fired from his alleged no-show county job earlier this month after a DWI arrest in March which resulted in an assault by auto charge.

The extra layer: Ramchal is a close political ally of likely 2017 Democrat gubernatorial candidate Steven Fulop, an ethics hypocrite in his own right who, according to published reports, is refusing to disown the councilman.