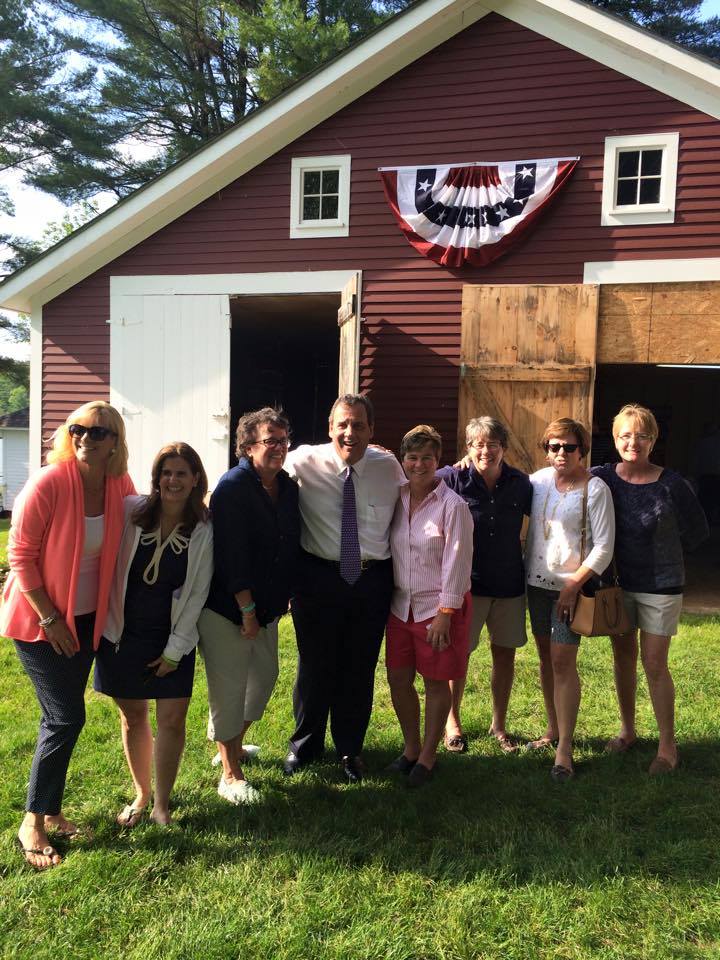 (1) Electoral Assumption: He can win a crowded New Hampshire – and make a Clinton ’92-style comeback – by living in New Hampshire for the next 7 months and scrapping together a plurality victory; and

(2) Substantive Assumption: He can campaign/message on his New Jersey narrative of “tough talk” while simultaneously avoiding the consequences of the negative aspects of his record because New Hampshire voters won’t care.

Ballsy, right? But much must be risked in war, Save Jerseyans, and Chris Christie has a steep hill to climb in the battle to come.

You’ve heard me say this before: Love him or hate him, Chris Christie is the most talented retail politician/stump speaker since Bill Clinton. I know this guy; I’ve seen it, going all the way back to early 2009 when few gave him a chance and I stood in rooms where only two dozen folks showed up to hear him. He proved that again this week in Livingston. So you can’t count him out in a small state like New Hampshire where that stuff matters times 100. By the same token, Gov. Christie can’t afford a 4th or even 3rd place finish there. It’s do or die in the Granite State, hence, why hopped on a plane that same day.

Those who’ve known him longer are all-too familiar with his ability to reinvent himself and survive set-backs that would be politically fatal for anyone else; for example, he got his butt handed to him in a mid-1990s Assembly primary and was basically run-out of Morris politics, only to reemerge as George W. Bush’s pick for U.S. Attorney only a few years later.

His New Jersey numbers aren’t anything new and don’t require much additional analysis here for regular readers. The latest: on Thursday, according to Patrick Murray‘s Monmouth University Polling Institute, “[a] majority (57%) of Garden State residents say the governor should resign now that he’s thrown his hat into the ring, compared to 37% who say he should stay in office,” and “[e]ven more New Jerseyans (71%) feel that Christie cannot run for president and govern New Jersey effectively at the same time.  Just 26% say he can do both well.”

“Chris Christie may be looking for a new job.  Just don’t expect his current employer to provide a good reference,” added Murray.

For our purposes? All that matter is WHY New Jersey doesn’t like him anymore, fair or not. The answer, put as succinctly as possible, is three-tiered; it’s a toxic combination of (1) perceived infidelity to his base, (2) his inability to “turn Trenton upside down,” and (3) the widely-held belief among Garden State residents, partisans, Sandy victims and everyone else alike, that he doesn’t care about his job. At all.

So will Chris Christie’s undeniably awesome retail politicking skills (which I had the pleasure of discussing with Dr. Gina on Wednesday night) + financial help from a few mega-rich allies overcome Bush/Walker/Rubio/Paul Super PAC attacks chock-full of ugly New Jersey economic statistics and images of him “hugging” President Obama?

You’re going to hear a lot of analysis going forward. It’s mostly white noise. Don’t lose sight of what matters ^^ as far as handicapping the Christie effort is concerned.