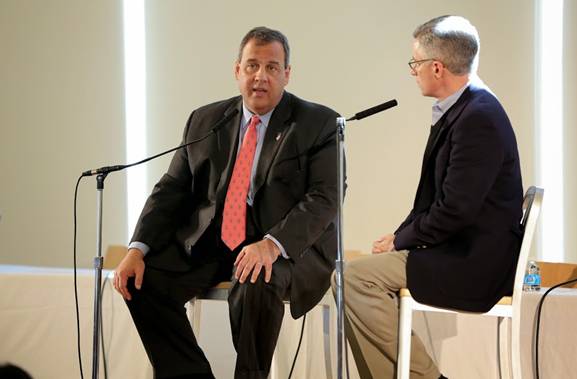 In the summer of 2004, U.S. Attorney Chris Christie had Governor Jim McGreevey on the ropes.  McGreevey was “State Official #1,” an unindicted co-conspirator in a pay for play scheme that nabbed Democratic fund-raiser David D’Amiano.  A few weeks later McGreevey was resigning, purportedly because he was a “Gay American” who gave his boyfriend an important homeland security job that he wasn’t qualified to perform.

Yesterday, a decade later, Governor Christie is hanging his hat, and his orange sweater, on a McGreevey Executive Order that exempts the Governor from New Jersey’s ethics laws against accepting gifts.

Chris Christie marched into Trenton promising to turn the place upside down. Five years later McGreevey is Christie’s ethical compass.   Not the man McGreevey has become over the last 10 years.  Christie’s ethical compass is the man he investigated and probably could have indicted and convicted.  To paraphrase Christie on the stump for Mitt Romney two years ago, something got turned upside down in Trenton, but it wasn’t the culture of government that Christie promised he would impact and overturn.

About the best thing we can say about Christie accepting gifts of travel on private jets and seats in owner’s boxes at NFL games is at least it was family friendly entertainment with the cameras running, unlike the alleged entertainment U.S. Senator Bob Menendez flew off to on a friends private jet.

END_OF_DOCUMENT_TOKEN_TO_BE_REPLACED

5 thoughts on “Has Trenton turned Christie upside down?”