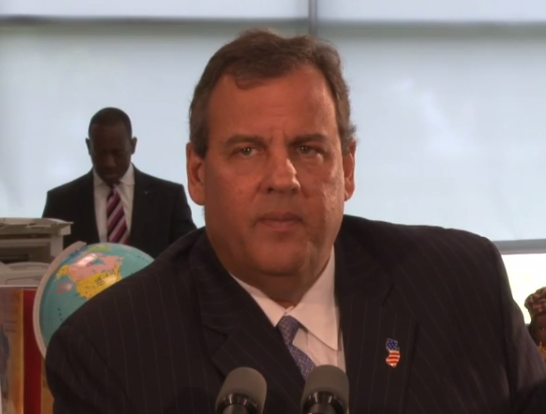 It’s not news that Governor Chris Christie isn’t where he’ll need to be one year from when the first GOP presidential primary voters are cast, Save Jerseyans. 8th place in South Carolina. 6th nationally. You’ve seen the results by now. Perhaps the only “news” of late is the extent to which he’s going to need to climb a mountain to mount a comeback in the court of GOP base opinion.

A mountain of historic proportions?

First up: the Iowa Caucuses on February 1, 2016, and according to a new Des Moines Register-Bloomberg poll dropped Sunday, a full 54% of likely caucus-goers harboring an unfavorable view of New Jersey’s governor; only 36% held a favorable view. His support overall? Against likely caucus adversaries? 4%, down from 6% last October. His favorability rating is also down from (45% to 39%).

Again, the Governor’s current unpopularity appears to extend across the party’s ranks nationally. How bad is it? Well, the number-crunchers over at FiveThirtyEight looked at the nation-wide favorability ratings over the weekend and made a shocking discovery:

For a quick but telling historical comparison, Save Jerseyans, recall that the last GOP nominee to make a comeback after starting in a polling slump was Sarah Palin’s ticket mate, John McCain, back in 2008; even then, at this point in that cycle, McCain’s GOP approval rating rested in the high-50% range. And John McCain was never exactly a conservative hero.

With all of this in mind, here’s how primary season gets underway in just under 12 months:

So let’s assume everything polling-wise stays the same, and the field of likely candidates (Christie, Bush, Walker, Paul, etc.) stays roughly undisturbed. Both are HUGE assumptions in politics, by the way, since a year is a lifetime in this world, but hey, only Larry Sabato owns a crystal ball.

IF Chris Christie hypothetically gets smoked in Iowa (which I’ll define as anything worse than a relatively-close 3rd place-or-better finish, one that defies the all-important pundit expectations game), then New Hampshire could become awfully important, even more so than usual. 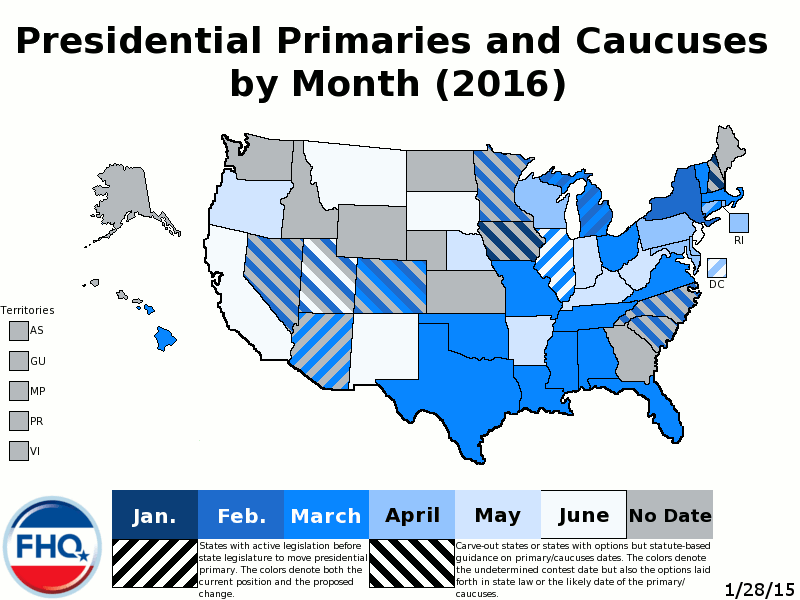 Frankly, Chris Christie doesn’t want to wait for blue-state Republicans to decide his fate with a rescue, especially if his national GOP popularity stay where it’s at right now. An accelerated nomination schedule increases the importance of money and a solid operative network, yes, favoring him, but also momentum. He’d ideally be looking for voters in states like Maryland, Michigan, Illinois and Massachusetts, where he enjoys close relationships with the new GOP governors from his RGA work, to put him over the top, not all too unlike Mitt Romney in 2012.

He won’t get that far without early momentum. Ask Rudy.

He knows. Waiting on the blue states can’t be his only plan right now, too. Were that the case, he wouldn’t be staffing up in Iowa and spending so much time there.

The Governor is in London at the moment, doubling-down on his brand: “leadership” and “authenticity.” He wants to look presidential and not-so-hotheadish. Photo sprays with foreign leaders like U.K. Prime Minister David Cameron are supposed to reinforce all of that. But guess what: Democrats already narrowly agree that he’s the best leader in the GOP pack (so says the Bloomberg poll). 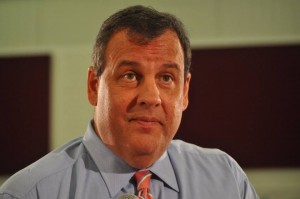 I’m not sure more exposure doing leadership-y and bipartisan-ish things is going to help him win a primary? The more pressing problem, by the way, for as long as contenders of the caliber of Jeb Bush and Scott Walker remain in the hunt. He’s waging a general election campaign at the expense of his primary appeal.

I’d come home were I him.

Then he should pick some fights with N.J. Democrats. He deliberately sought to minimize conflict in his State of the State address. I still think that was a mistake. Scott Walker is surging in Iowa – for now – because of his reputation as a principled conservative governor. He took on the unions and won. What’s been forgotten (and the sad irony of it all): Chris Christie made a name for himself doing much the same thing a full calendar year before Gov. Walker took office.

A LOT can happen. Walker might stay out. Bush could fizzle. Mitt Romney might intervene meaningfully? Planning counts for something, and ahe notoriously-talented Christie just may light up the debates, cultivate viral successes and win back Obama “hug” skeptics in conservative circles. Again… a year is a lifetime in political warfare.

Why count on getting lucky, and risk the chance of a lifetime, when there’s a better tried-and-true way? Especially when there’s little empirical evidence that the current strategy is working?