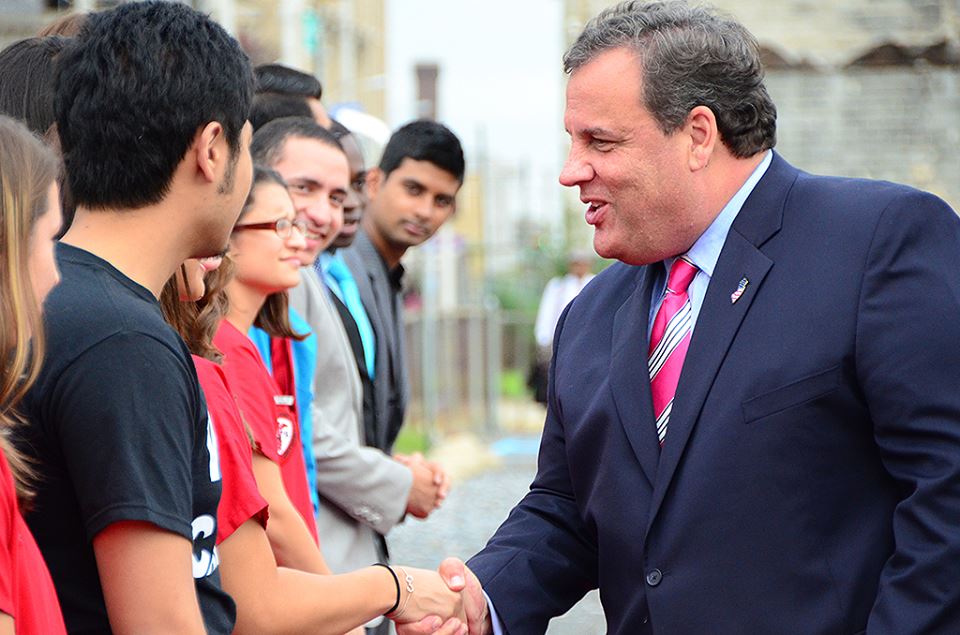 Two days after Chris Christie secured his first term in office, Save Jerseyans, and after I had caught up on some much-needed sleep, I sat down at my laptop and triumphantly declared that Chris Christie had put conservatism on the ballot and won.

I wasn’t wrong. He ran as a pro-life, pro-small business, pro-tax cut and pro-reining-in-the-public-sector-unions candidate in 2009, and right up through 2011 legislative redistricting, no reasonable conservative could’ve balked at what he was able to accomplish seemingly against all of the odds (translation: a Democrat legislature and a fiscal nightmare). Then the strategy changed as realities changed.

Inauguration Day has arrived, and the challenges of 2014 demand a return to the basics that put Chris Christie on the map in the first place…

Term two kicks off in the shadow of Bridgegate under ominous, snowy skies.

It’s a distraction more than problem per se.

A serious one to be sure, but barring any remarkable revelations directly tying the Governor to the shutdown decision, a distraction is all it will amount to in the long run. You can hear the disappointment in special committee Chairman John Wisniewski’s voice when he admits “[t]here’s no connection that [Chris Christie] knew or he directed it.” I don’t own a crystal ball, my friends, but I’m willing to bet that the Wiz’s empty feeling won’t subside in the near future. Not from this witch hunt.

These are some of the real “problems” facing our Governor as he attempts to go national in the months ahead. Fair or not. Life isn’t fair, politics least of all.

Will GOP Primary voters outside of N.J. demonstrate a willingness to overlook these ideological or political indiscretions – some more eligible for acceptable rationalization by the pragmatic class than others – on the basis of Chris Christie’s talent, charisma and perceived electability? Or in light of his historic accomplishment of turning the tables on public sector unions with pension and benefits reforms?

I know enough to admit that I don’t know. No one does. Early polling victories in primary fields populated by four-to-eight other hypothetical candidates measures little more than name recognition.

I do know that the NJ GOP failed to generate net gains in either chamber of the legislature last year and, regardless of whether you align with the Christie/O’Toole or Kean Family factions, we’re still dealing with the consequences of that lost opportunity to truly SAVE Jersey by rebuilding a state party capable of perpetuating electoral successes independent of the Christie brand. Moreover, it’s not a stretch to conclude that all five (yes, “5”) ongoing Bridgegate investigations might never have existed had the Republican Party gained a “functional” or pure majority in either the Assembly or the State Senate.

I also recognize how many Trenton Democrats would much rather ride out the remainder of the Christie years blocking his judges (and further pension reforms), all at the expense of true affordability-catalyzing reform in New Jersey, milking Bridgegate until the G.W. Bridge’s udders dry up.

Democrats hate history lessons but they’re acutely aware of how their 1970’s predecessors hounded Richard Nixon from office (with a little help from Tricky Dick’s paranoia) after he won a landslide without coattails, leaving his enemies in charge of powerful congressional committees.

Are you seeing the picture I’m painting? I never promised it’d be pretty.

Governor Chris Christie’s next play can’t be small if he wants to avoid lame duck paralysis at a time when he’s trying to rebuild momentum.

The bi-partisanship narrative only takes you so far… ask Dawn Zimmer. He needs to think bigger again, not just longer (as in longer school days). He needs more candid and broadcasted moments passionately advocating common sense conservative ideas than photo ops with folks who are already starting to abandon him as 2016 (and 2017) inch closer.

Let’s not delude ourselves: an obsession with control by some (though not all) former Christie stalwarts – of messaging, access, and decisions of macro- and micro- significance alike – may’ve enabled Bridgegate to crop up right under his nose without so much of an indication of trouble brewing before it was too late. There’s no denying it.

The good news? Changing the narrative doesn’t require reinvention of the wheel. The Governor need not transform himself to turn things around; being his best self will do nicely.

Pitching something like a statewide pilot voucher program proposal in upcoming FY2015 budget address? It’d represent the kind of courage that inspired a Christie Revolution in 2009 and won over a workable majority of Republican, Independents and Democrats to this governor’s cause long before the late Alan Rosenthal’s map doomed the Governor’s party’s chances of retaking the State House.

Holding an unprecedented two-hour media availability to address a scandal when the incumbent POTUS of the opposite party won’t even hold a press conference for months at a time? Winning contrasts win elections. Hearts and minds. Soldiers for the last full measure.

The Christie Administration needs to rediscover his 2009 spirit and get back to basics in term two, Save Jerseyans. It’s that simple. You and I and our movement need it, too, because the bench isn’t as deep as some would like to pretend. Tough times lie ahead. Reclaiming this state and the other forty-nine is going to take work, luck, strategy and vision by men and women of goodwill united behind a leader endowed with purpose.

This Governor is a unique talent with an unrivaled, once-in-a-generation ability to communicate conservative ideas when he tries.

We need you to try, Mr. Governor. For your sake and our own.