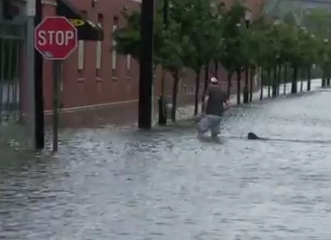 GOP senior power broker and rock-solid Christie ally Haley Barbour joined the chorus of Republicans (and some media folks, too) on Monday defending Kim Guadagno and pointing out the gaping holes in Dawn Zimmer’s tall tale…

Full text of Governor Barbour’s remarks below the fold…

Chris Cuomo: And standing by Governor Christie, the former governor of Mississippi, a man long considered one of Christie’s mentors, Republican Haley Barbour. Governor, thank you for joining us.

Former Governor Haley Barbour: Thank you for having me.

Cuomo: The latest suggestion by a local mayor, you know what it is, does it give you more concern about the atmosphere and culture in Chris Christie’s government?

Barbour: No, I’ll tell you what it gives me concern about, that the news media is willing to leap at any farfetched story with the basis in fact is unbelievable. This is a lady mayor who asked for 127 million dollars of hazard mitigation money from the governor to give that to her from the federal money. When the state was only receiving in its entirety 300 million dollars. It is absurd to think that one town would get well more than a third of the total amount of money. This town that was getting punished got over 70 million dollars in hurricane relief. She’s got other projects pending, but she’s already received more than 70 million dollars. More than 4 million dollars of hazard mitigation block grant money and that is the particular program that she was asking money for. So, hazard mitigation block grant money, which unlike what your reporter said, is not to repair damage from much needed damage, it is to prepare for the future.

Cuomo: So, let’s say she asked for too much money. Let’s grant that.

Cuomo: She says the 70 million dollars that she got wasn’t state authorized, it was private insurance so don’t count it in terms of what she got. And, she says something that’s more important than the numbers, Governor, she says that the Lt. Governor came to me and said if you want help you have to do what we want you to do somewhere else. She has contemporaneous journal entries of this conversation and how disappointing it was to her. Do you find that compelling in terms of her being strong armed?

Barbour: Well, it might be found compelling except that she repeatedly, and repeatedly, sent out tweets praising Governor Christie. There is an article in Mediaite written by a Hoboken writer who supported Dawn Zimmer for mayor of Hoboken who says that on the TV show on MSNBC she repeatedly contradicted herself. And then, here’s what he says: “Look at the facts. Tweet, after tweet, after tweet, illustrated Zimmer’s approval of Mr. Christie’s handling of Sandy. Days, weeks and months after the storm. One reads this praise and adoration from the Hoboken Mayor and it seems to be prompting a question that few in the media are asking: if Zimmer had such a problem with Christie, if she’s really been threatened, why continue to offer such public praise and be such a big proponent of the Governor?” Now there is a writer from Hoboken who seems to me like he’s got some good judgment.

Cuomo: Look, I think there’s some things that are problematic about this. Just on January 11th she said that she didn’t think that there was a connection. But, she has said: look, I didn’t think anybody would believe me, a lot of the praise came before this particular strong arming thing, I’ve got it written down here and now that people are creating a safe harbor for these types of allegations I’m going to come forward with mine. Is that so farfetched?

Barbour: Well, I think it is more farfetched than what she actually said on MSNBC. She said quote, and I’m reading it because I don’t want to miss quote her. “So part of what I’m hoping to come out of this by coming forward is to say, governor, please support this rebuild by design competition. Come forward, fully support us, give it your very direct endorsement and understand governor that we have to make, when we’re making our development decisions, we have some real challenges.” So, what she said on MSNBC is I’m doing this and I’m hoping I can bluff him or rough him up so that he changes his mind to support us. I don’t think she’s going to succeed in shaking Christie down on this but that’s not what Haley says her purpose was, that’s what Dawn Zimmer said on television.

Cuomo: So what do you think you would need to see for this to be more than just hyper examination of political culture and maybe a partisan attack by a cable company?

Barbour: Well I think you’ve got this problem, a journal that’s written can be written anytime. You know I’m a recovering lawyer, but I do still remember that from when I practiced law and why was she sending out all these tweets that have been preserved on the internet that said one thing that was totally different from what she was saying and then she comes back and says well I’m hoping I’m putting enough pressure on him that he’s going to fold and let me have my 127 million dollars which by the way, the 300 million dollars of Hazard Mitigation grant money, most of that won’t even go to local governments, it will go to individuals and businesses that have to elevate their homes and that sort of stuff. I’ve done this with Hurricane Katrina and you always have people that want more than there is and in fact I’m told that in New Jersey they have received 14 billion dollars of requests for Hazard Mitigation money when they’re only getting 300 million. But for her to think that this is going to shake that money loose, that was a surprising thing to read in her interview.

Cuomo: Governor Barbour, I appreciate the perspective. Obviously this is going to be not just about outcome but political tactics and certainly this will continue for some time. But appreciate you adding to the conversation.

Barbour: Thank you Chris for having me.