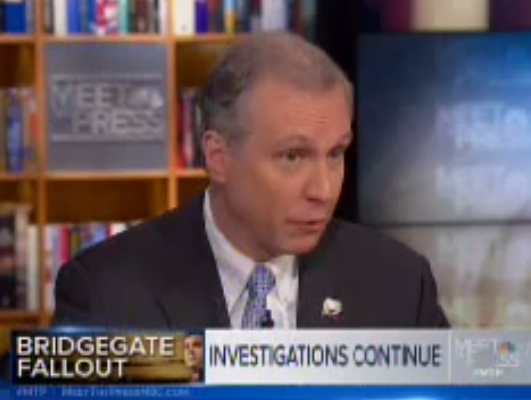 I truly wish they had let Rudy Giuliani debate John Wisniewski on Sunday’s Meet the Press Bridgegate segment, Save Jerseyans. The Wiz stopped an inch short of admitting what Michael Patrick Carroll told Save Jersey last week: the Assembly’s special Bridgegate committee is a fishing expedition…

Impartial, non-partisan investigators don’t prejudge a target’s credibility, issue broad subpoenas, withhold a right to equal access to evidence from all committee members AND recklessly raise the specter of impeachment while simultaneously admitting “[t]here’s no connection that [Chris Christie] knew or he directed it.”

Chairman Wiz is right about one thing: this is a legislative committee. It’s not his job to “change” a “culture” in the executive branch. His opportunity to do that comes again in 2017. For now, he’s demonstrated an inability to execute the singular task of investigating Bridgegate.

Now do you see why calls are multiplying for the Wiz to relinquish his chairmanship?

Watch Rudy do just that below the fold…