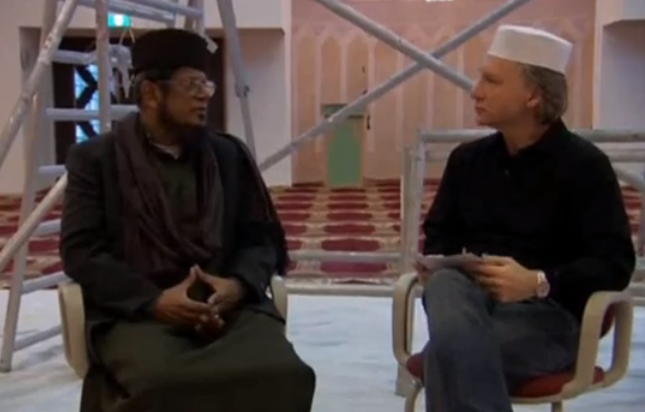 I want all of you to suffer through this quick MSNBC clip around 8:13:

The funny thing about Maher’s analysis comes toward the end of his remarks when he surmises that Chris Christie got elected in New Jersey by “mollifying” moderates and Democrats.

That’s now how I remember it, Save Jerseyans, ’cause it didn’t happen that way…

Like I pointed out back in June, the late-comers to the Chris Christie bandwagon mistakenly believe he beat Corzine and became a popular celebrity governor by cutting deals with Steve Sweeney.

Chris Christie ran an objectively conservative statewide campaign in 2009 and won a significantly higher-turnout election than 2013 with a much stronger and better funded opponent; his messaging was openly pro-life, anti-millionaire tax, anti-tax hike, and anti-borrowing. Up until legislative redistricting went the wrong way in 2011, he became a YouTube sensation (thanks to Save Jersey, by the way) chewing out liberal reporters and union goons. His approval rating sat comfortably north of 50% before Hurricane Sandy ravaged our coastline.

We know because you and I lived it, together.

The media is pushing an alternative narrative for a host of reasons, including but not limited to (1) the fact that they desire a “moderate” Republican who’s closer to them ideologically, and (2) the fact that Chris Christie’s presidential campaign is stubbornly sticking to the “bipartisanship” theme. Yes, he got reelected with 60%+ of the vote by stumping with Democrats, but that was a recent development. It’s not how he got where he is today. This was, after all, the guy who made it okay to take on the teacher’s unions a full three years before Scott Walker’s recall victory.

The media also doesn’t want you to know what your Blogger-in-Chief wants you to NEVER forget, Save Jerseyans: conservatives CAN and DO win anywhere when they articulate conservatism well.

Maher hit closer to the mark when he wondered aloud what will happen when Chris Christie takes the stage for the first GOP presidential primary and they remember he’s actually pretty darn conservative. He expressed optimism for Christie’s chances in the general but stopped short of handicapping his primary prospects.

I suspect the GOP base’s opinion will improve at least somewhat but the mainstream media’s love affair will begin to wane.

That’s what always happens when you fall in love with someone whom you don’t take the time to know first!