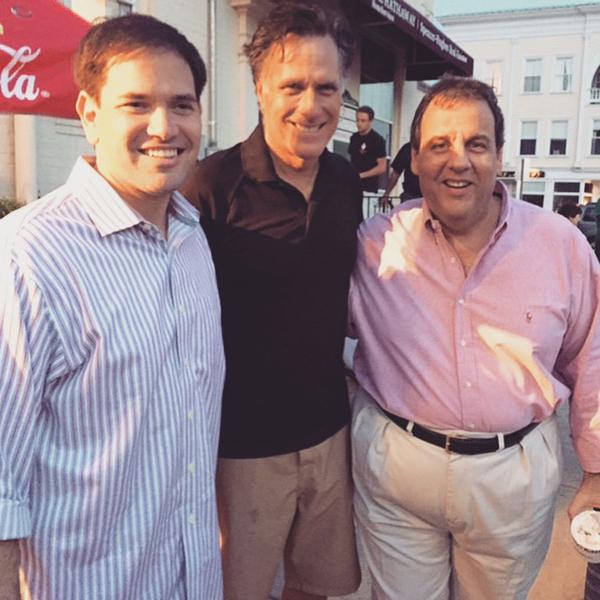 It’s obvious enough to anyone watching that Election 2012’s GOP nominee has his favorites in the 2016 primary, Save Jerseyans:

Mitt Romney drove the point home by hosting his “friends” and their wives at his ritzy Wolfeboro retreat on Friday evening for high-powered slumber party which included some out-and-about photo opportunities for the public. Can you imagine being a fly on that wall? Of course, these kinds of things are ALWAYS calculated; Rubio and Romney have grown close in recent months, and the Christie-Romney relationship seems to have fully recovered from any 2012 awkwardness. Mitt views the rivals as alternatives to Jeb Bush who it’s well-established he doesn’t particularly like.

Christie, working on a comeback, is making the most of this Wolfeboro 4th of July visit, having hit up the local GOP Breakfast at the Inn on Main before participating in the 10 a.m. Independence Day parade.
________