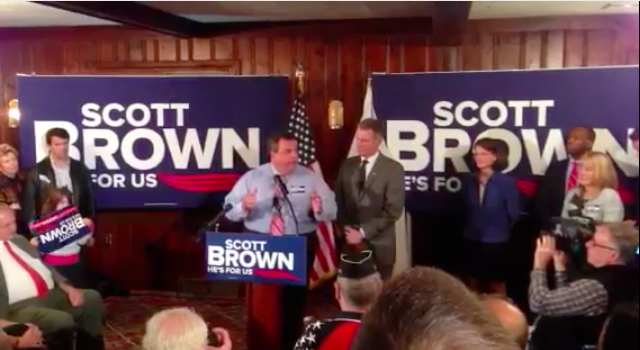 Back in July, it was Mitt Romney playing favorites by hosting Chris Christie and Marco Rubio for an Independence Day weekend sleepover at his New Hampshire vacation home.

Now former U.S. Senator Scott Brown is getting into the mix with Rye house parties for Chris Christie, who campaigned for him in 2012 and shares a connection through a former political staffer for both men, Tom Dickens, as well as Ohio rival John Kasich but he’s not playing favorites.

“I’ve reached out to just about everyone who is running on the Republican side,” Brown told New Hampshire’s local ABC station.

The Christie party is planned for Tuesday, September 8th at 5:30 p.m.

2 thoughts on “Scott Brown to host Kasich, Christie in NH”