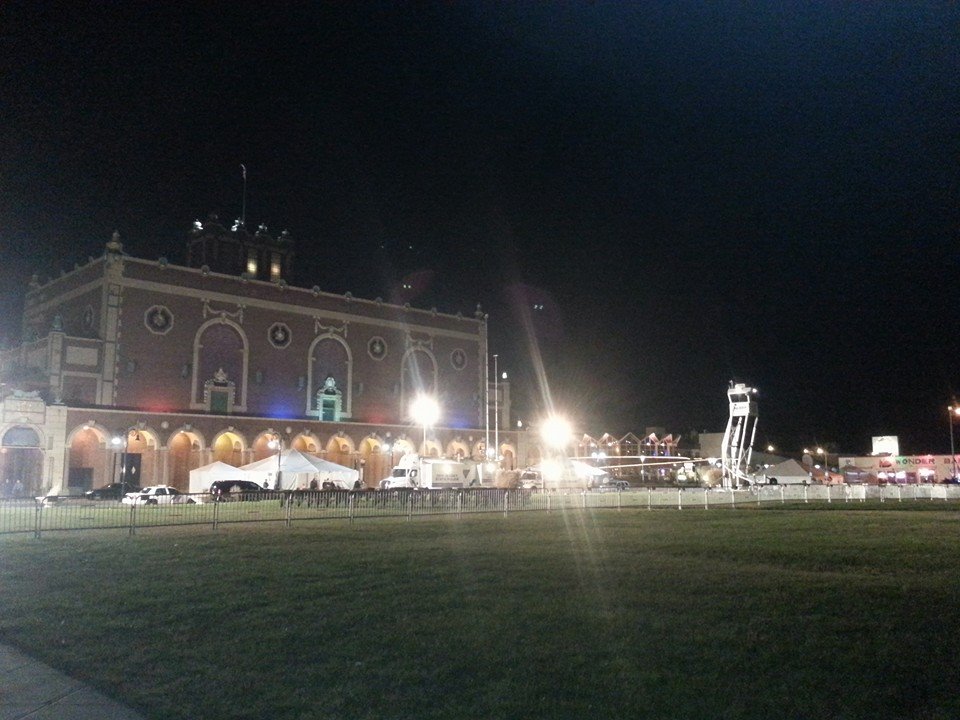 Here’s the Governor’s victory speech in case you missed it:

Right now, the GOP is still waiting on LD38 which is close… it’s possible the party might net 3 Assembly seats and end up with a Senate goose egg when dawn breaks over the Garden State…

Fiocchi wins in LD1, Save Jerseyans!!! It’s the first GOP legislative pick up of the night… Albano loses… developing!!!

Susan Adelizzi-Schmidt has conceded in LD1 to Jeff Van Drew but her running mates for the Assembly are very much still in the hunt with 45% reporting; “Arrogant” Nelson Albano is running in 4th place… stay tuned… waiting on Ocean City numbers…

Americans for Prosperity state director Daryn Iwicki laments the passage of Ballot Question #2: “Worst of all, what’s been done cannot be undone so easily. New Jerseyans will now have to suffer the consequences of their choice for the foreseeable future. And that’s bad news for all of us.” 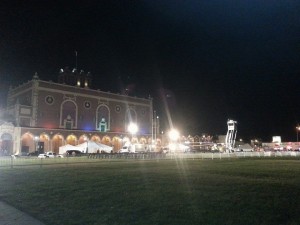 One of tonight’s more  nerve-racking, but with 98% now in, Amodeo is up by a little under 300 votes…

With 321/342 of precincts reporting, Chris Christie is winning Camden County by better than 13,000 votes. Yes, you read that correctly.

Check out the Christie Cake: 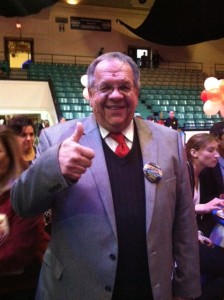 Buono (BWOH’-noh) is conceding as we speak. Nasty woman but a snappy dresser. Hecklers, too. Some folks can’t catch a break!

Chris Christie and Kim Guadagno are at 40.53% in Essex County with 2.73% reporting, Save Jerseyans. Newark usually comes in last, however, We’ll see if that margin holds, but if it does hold, it’s exactly where the Christie folks wanted to be tonight…

Now the AP has called it, too.

It’s important to note that these aren’t calls based on ACTUAL results but exit polls/canvasses at polling stations.

According to CNN’s exit polls, Governor Christie won 56% of female voters, 45% of Hispanic voters, and a relatively high (sad as it is to say) 21% of black voters.

I’ve covered many political events in my day as a reporter at WPVI in Philadelphia… including the Rep. National Convention last August in Tampa for Save Jersey.

All of us from national press, NBC, ABC, KYW News Radio, AP are stunned that we are relegated to a tiny paint peeling wall room with poor cell phone reception no mult boxes no access to the floor that means.

No interviews until 9 o’clock . The hardest part is that CNN evidently has rights to pool, that means we are forced to watch Wolf Blitzer all night long…ugh!

Something interesting… I’m hearing from a reliable source that Steve Sweeney lost VBM to Niki Trunk by roughly 4,500 to 2,500 in Gloucester County… hmmm…

Questions abound: what will Governor Chris Christie‘s victory margin look like? Will he carry any GOP legislative challengers across the finish line with him? Who else will the hapless, clueless and habitually-pissed off Barbara Buono (BWOH’-noh) blame in her concession speech?

Early anecdotal turnout reports look positive for Republicans. But is it in the right places?

A significant portion of the Save Jersey team including Brian McGovern, Nicole Sanders, Susanne LaFrankie and our special guest/alumnus, CRNC Chairwoman Alex Smith, is here with me at the beautiful Berkeley Hotel, the location of most New Jersey Republican war rooms situated just across the street from Asbury Park’s historic Convention Hall where Chris Christie’s victory celebration will kick off at 7-ish.

Stay tuned all night long for updates, interviews and analysis from the center of America’s political universe for the next several hours…

34 thoughts on “LIVE: Save Jersey in Asbury Park”