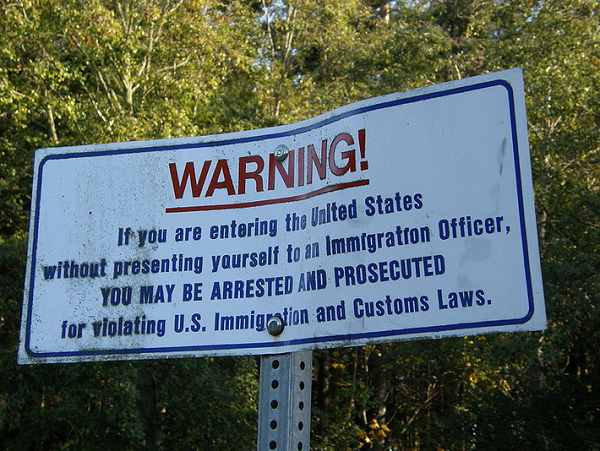 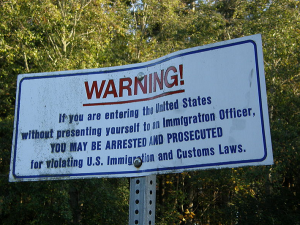 The New Jersey DREAM Act would incentivize illegal immigration, Save Jerseyans. It’s also illegal in of itself under federal law. Or is it?

Plenty of readers are asking this question so I’ll try to clear the air a bit or at least demonstrate from where the fog originated.

“Notwithstanding any other provision of law, an alien who is not lawfully present in the United States shall not be eligible on the basis of residence within a State (or a political subdivision) for any postsecondary education benefit unless a citizen or national of the United States is eligible for such a benefit (in no less an amount, duration, and scope) without regard to whether the citizen or national is such a resident.”

Federal law trumps New Jersey law. It’s civics 101. But then again, why should a little thing like the Supremacy Clause matter when vote buying is underway? Our President, his allies, and more than a few Republicans couldn’t give less of a damn about the rule of law if it advances their political ends.

Unfortunately, this time around, the political class didn’t have to work very hard to get one over on us. The Senate got around 8 USC § 1623 by inserting this consequential proviso that’s foundation is embedded in another federal law:

“The Legislature finds and declares that this section is a state law within the meaning of section 411(d) of the “Personal Responsibility and Work Opportunity Reconciliation Act of 1996” (8 U.S.C. s.1621(d)).”

“A State may provide that an alien who is not lawfully present in the United States is eligible for any State or local public benefit for which such alien would otherwise be ineligible under subsection (a) only through the enactment of a State law after the date of the enactment of this Act which affirmatively provides for such eligibility.”

So in essence, Save Jerseyans, a state can’t break federal law by giving public benefits to illegal immigration unless that state explicitly passes a law providing for it.

Some state explicitly prohibit circumventions. Advocates of the DREAM Act point to SCOTUS’s 1980’s Plyler v. Doe decision to justify their cause but that case was specifically restricted to the issue of K-12 education funding. A case titled Toll v. Moreno and the federal statute you read above have afforded states with a basis to apply bars at the higher education level without having to pass a higher level of constitutional scrutiny.

Then you finally understand part of the way in which these jokers have irreparably harmed our country by hopelessly fouling-up immigration law. It’s a mess.