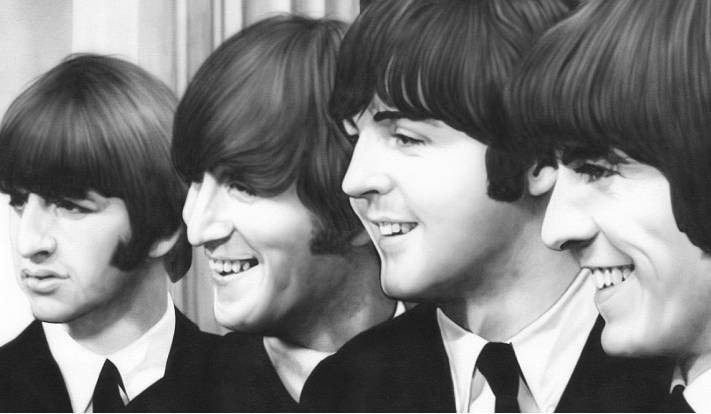 By Rick Shaftan | The Save Jersey Blog 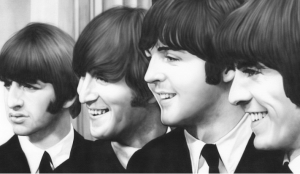 Fifty years ago this morning, men still wore crewcuts, hats and narrow ties. Women’s fashions were decided by whatever Jackie Kennedy wore.  The number one song was a whiny ballad called “I’m Leaving It Up To You” by Dale and Grace, pretty typical of what passed for pop music in 1963.

Alexander Kendrick’s story was supposed to be aired again that night, but the Kennedy assassination and funeral dominated the news through the weekend and into what that year turned out to be a very solemn Thanksgiving holiday. It wasn’t until the story aired again on December 10th that people took notice.

That evening, 15-year old Marsha Albert wrote WWDC DJ Carroll James asking “Why can’t we have music like this in America?” James, having seen the same report, got a BOAC flight attendant to bring back a single of “I Want to Hold Your Hand” and played it a week later. The period of mourning was over. The world would never be the same again.

I was only five at the time but I remember 1964 as being heralded as a year when “new” things would happen.  There was a lot of hype about the new year, as if to put 1963 behind us.

By the time the Christmas break was over and school started again, all the talk was about the Beatles.  I don’t think anyone in my First Grade class had a crew cut by the time school let out for summer.

The Beatles had already knocked Bobby Vinton off the top of the Billboard charts when they arrived at JFK on February 7th and culture changed rapidly.  Men’s hair and sideburns got longer and women’s skirts got shorter.  People dressed in ways no one had seen before.  People started protesting the actions of their government.  It was a new era.  The Sixties, as we all know it today, had begun.

Things changed fast.  Within a few years society developed into something that outside of technological advances is not entirely unrecognizable from now.

The Sixties were what they were because so much became so obsolete and so passe so quickly.  In many ways, life is not a whole lot different today than it was within a few years after the Beatles changed music and culture forever.

No one would think anything of young people listening to Rolling Stones or Doors tunes from nearly 50 years ago but imagine a young person in the mid-1960s listening to music from the post-World War I era?  Or for that matter even music from 1960?

The death of John F. Kennedy and the arrival of the Beatles marked the end of one era and the beginning of another.  One era ended because of Lee Harvey Oswald.  The other began by four men known as John, Paul, George and Ringo.  It started fifty years ago today.

9 thoughts on “Four Men Who Changed the World”