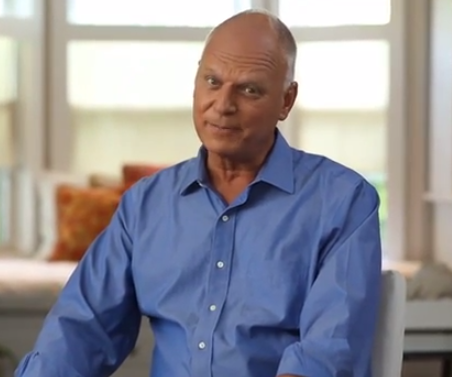 We’ll get to the losers a little bit later, Save Jerseyan, but for now (as well as for the sake of wrapping up a long, busy year on a “positive” note), here are the thirteen people/groups of people who undoubtedly walked away from 2013 with the most to be happy about in the New Jersey political world: 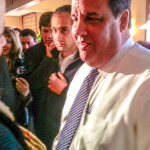 Duh, I know, but it bears repeating that Chris Christie is now indisputably the most powerful Republican in the United States and, if the latest polls are any indication, well-positioned to upset Hillary Clinton. At the moment. A lot might happen (and go wrong) over the next few years. Any number of decisions including the DREAM Act could come back to haunt him. A scandal like Bridgegate could derail his own dreams or, despite his team’s best efforts, he might fight himself over-exposed and vulnerable to another candidate who hasn’t yet come into his or her own on the national stage. But that’s all speculative. Today, Chris Christie is undeniably the man to beat for both sides of the aisle. It’s hard to imagine a scenario where a politician could’ve had a stronger 2013. 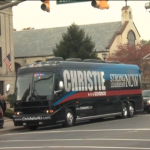 See #1. Cha-ching! As Chairman of the RGA and an almost certain presidential candidate in 2016, there are quite literally millions of dollars and just as many opportunities for loyal Christie allies, staffers, strategists, functionaries and confidants to be had in the coming months around the country’s halls of power and in various courts of influence. It’s a darn good time to be in the good graces of the big man from Mendham or any one of his inner circle team members IF you’re looking for a chance to move up and on in the realm of public affairs. If all goes according to plan, come 2017, New Jerseyans may be as prominent in national GOP politics as Texans were throughout the Bush years. 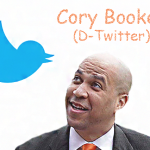 It’s hard to imagine a scenario where Cory Booker (D-Twitter) loses in 2014 unless an anti-Obamacare wave begins to crest and Booker missteps badly.

If he does win reelection, Save Jerseyans, it’s even harder to imagine Booker as former senator unless he voluntarily leaves the job for something else (public or private). His star power rivals Christie’s own and that’s what really matters. Right? He enjoys the unique distinction of being one of the few New Jersey Democrat politicians who doesn’t truly need #4 on our list to survive politically. 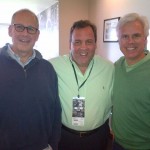 GN3 started the Christie years as the state’s most powerful Democrat who, at one point in the distant past, was on the radar of the new governor in his capacity as a law enforcement official.

Now he’s undisputably New Jersey’s #1 power broker period, end of sentence, save for the Governor himself (with whom he’s forged an alliance no matter how often Christie allies deny it). The Legislature is firmly under the control of his capable lieutenants, he’s building an enviable extra-political empire in the health and media spheres, and the odds-on favorite to succeed Christie is his stables’ prize horse: Steve Sweeney. At this rate, by 2018, you might JUST see a “Welcome to Norcrossland” sign standing aside every inbound lane to the Garden State. 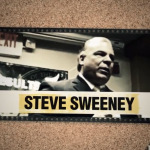 See #4 above. Do I need to spell it out for you? The powers-that-be will move heaven and earth to pave the suspenders-supported Ironworker’s path to Drumthwacket whenever Chris Christie leaves the post.

Sure, a North Jersey liberal may challenge him in the primary but the South Jersey Machine’s tentacles have much more reach than they did back when Rob Andrews took on Frank Lautenberg in 2008 under very different circumstances. It’s Sweeney’s to lose…

There’s a palpable sense among active Democrats around New Jersey that the “worst is over” after Election 2013. They survived the “Christie wave” that wasn’t without a net legislative loss; they won’t have to face him at the top of the ticket again unless, of course, he’s the 2016 GOP nominee, in which case it’s still hard to imagine a Republican carrying the Garden State against Hilldawg.

Having held their key territories intact and reclaimed ground in battlegrounds including Bergen, Gloucester and LD2, Democrats at both ends of the Turnpike are simply biding their time until he leaves office before things can get back to normal… 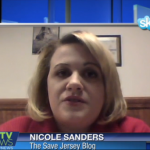 When I started this blog in August 2008, folks, it’s not an understatement to say the state’s political press corps was somewhat anemic. That’s begun to change in a big way thanks, again, to Chris Christie.

Young guns like Matt Katz and Matt Friedman are revitalizing investigative political journalism in the Garden State, a torch which Bob Ingle and a few other older hats carried alone for many years. It doesn’t end there. Those of us in the “new” media are increasingly relied upon by outlets both regionally and nationally as New Jersey-centric stories (Christie, Booker, Sandy, etc.) draw extra-Jersey audiences. There’s no sign of a let-up anytime soon for this golden age of Garden State media. Not that we’re complaining.

The GOP party chairmen whose respective counties (Cumberland and Cape May) cover 99% of battleground LD1 scored the only Republican legislative pick-up of 2013 with Sam Fiocchi working in conjunction with consultant Chris Russell and the Assembly Victory crew led by Mark Duffy and Asm. Jon Bramnick.

Both men can also point to successes on their home turf which, for this native South Jerseyan, provide at least some semblance of hope that all isn’t lost in machine-dominated South Jersey. 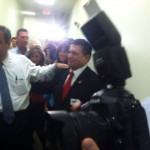 See #8 for Sam Fiocchi (R-Cumberland) who emerged as the only silver-lining on a very long night for the legislative GOP.

Vincent Mazzeo (D-Atlantic), on the other hand, cancelled out what would’ve been a net +1 for the GOP by stunning the New Jersey political world in LD2. Both men might’ve looked improbable just one year ago. Now they’ve got the right to a state house license plate. My only advice? Don’t try to get out of the ticket like Asm. Fiocchi’s predecessor! 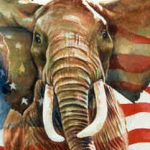 Yes, I said only a few paragraphs earlier in this post that toppling Cory will be nearly impossible absent a perfect storm. You know me: I NEVER give up hope. Anything is possible. And sometimes, Save Jerseyans, “losing well” can mean just as much for a politician’s career (and the cause) as a win in the long-term.

Joe Kyrillos’s campaign fumbled badly in 2012 against Bob Menendez. It wasn’t all the candidate’s fault to be sure, but at the end of the day, the bad taste remains all the same. Giving Cory Booker a run for his money in 2014? That’s the kind of introduction to statewide and national politics that Webber/Bramnick/Doherty, whoever, would likely welcome if they thought the kind of campaign capable of making it competitive were truly possible. We’re also slowly inching into the “post-Christie” era with every passing day; a heroic stand against Sen. Booker could cement someone as the party’s new leader of tomorrow. Stay tuned… 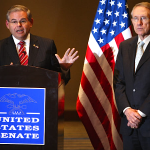 More beatable than Booker perhaps but still riding very, very high after a rocky start to 2013 thanks to The Daily Caller and his highly-questionable relationship with a Floridian donor.

We can laugh about his ascension to head of the Senate Foreign Relations Committee for love of irony; it won’t change the fact that Hudson Bob is a senior senator now and he has the potential to be another D.C. “lifer” as much as it pains me to type the words.

Rep. Rodney Frelinghuysen (R-NJ11) is taking command of the Defense Appropriations Subcommittee for the 113th Congress, Save Jerseyans.

Translation for those of you who don’t read Roll Call or The Hill: the North Jersey veteran Congressman is presently one of Capitol Hill’s most influential leaders owing to the fact that his subcommittee controls billions of dollars of defense in highly-desirable defense spending. 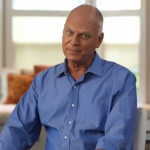 This one’s simple. Break it down: a charismatic gay fiscal conservative who won running on the Republican ticket in 10-to-1 Democratic Atlantic City? ’nuff said? Keep your eyes on this guy, my friends.

A fluke? Nah; having luck on your side doesn’t abrogate one’s own ability to take advantage of fate. Mayor-elect Guardian is a talented politician who could have a very bright future ahead of him beyond the Boardwalk Empire’s boundaries.