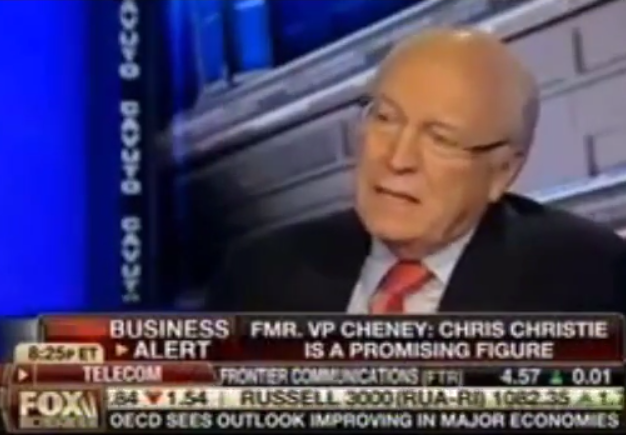 Dick Cheney dropped in on Chris Christie’s Mendham neighbor Neil Cavuto on Monday, Save Jerseyans, and he expounded on a number of topics including the current front runner for the 2016 GOP Republican nomination:

“I watched him operate. I wasn’t a fan of the way he welcomed Barack Obama to New Jersey when the hurricane hit,” the former Vice President opined, but allowed that Christie “was the governor of New Jersey; he did what he thought was necessary.”