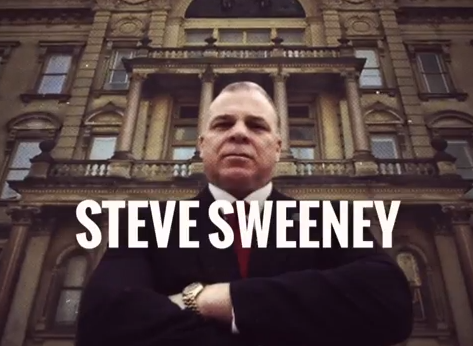 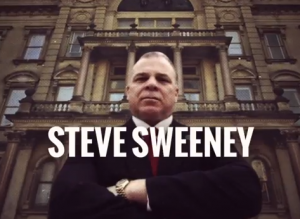 Last Thursday was the first session whereby you can use the hashtag #AskSenPres to communicate with the state’s highest ranking legislator.

The New Jersey Second Amendment society, NJ2AS, lead by President Frank Jack Fiamingo and his members who are very active on social media tweeted Sen. Sweeney over 60 comments. But in true form, Sweeney only took one question from them. The group was discouraged by the blatant disrespect shown towards their questions but I was told the NJ2AS “Twitter Army” will be back Thursday to ask Sweeney more questions about his stance on the Second Amendment in NJ and, specifically, what steps he intends to take in the future.

Additional questions can be tweeted throughout Thursday and the Senate President will respond as quickly as possible, or so he says. The Senate president can be followed on Twitter @NJSenatePres. Lets see if he will continue to ignore hard questions from NJ2A participants!

Questions need to be asked. New Jersey remains the 3rd strictest state in the nation in terms of gun control laws behind California and Connecticut but that does not mean we are any safer for them. It just means that criminals have more power than regular citizens when it comes to self-defense.

Democrat lawmakers claim that they want our children to be safe, but as a Mom I feel that’s a naive way of thinking especially after Newtown. Our children would be so much safer if law abiding, armed with concealed carry permit citizens/teachers/parents could protect them, rather than the posting of a stupid “Gun Free Zone” sign outside their school. Do we honestly think criminals with bad intent cares about a sign? What say you?

We’ve endured a long journey of senseless attacks on legal gun owners’ rights in New Jersey by elected officials since the shooting tragedy in Newtown, CT. Numerous bills have been written and the misdirected anger Democrats have displayed at legal gun ownership is bordering on hysteria. People with common sense knows that none of these laws will stop a madman. If his intent is to kill, he will find a way, and history has shown that most mass shootings in the US were almost always perpetrated by an illegal gun owner.

Sen. Sweeney often talks a good game but he has been in the forefront of the attacks on 2nd Amendment rights in NJ. He was lead sponsor on a wide variety of bills, most of which was vetoed by the Governor.

Sweeney has some nerve ignoring the gun owners being that he represents some rural districts with many of hunters. I hope some of them will join in on his twitter town hall one of these upcoming Thursdays! They deserve a voice, too.

With all the displeasure NJ2AS members must feel at having their 2nd Amendment rights trampled in New Jersey, the group is amazingly restrained and always courteous when approaching elected officials. The same respect should be returned to them by elected officials including President Sweeney. Lets see what this week’s Town Hall brings.

“Don’t you think that your stance on 2nd Amendment and your attack on the Firearms industry when the US needs jobs is irresponsible?”

To which he arrogantly responded by acting as if he speaks for 90% of the American people:

“I believe, as do 90% of the American people, that instant background checks are simply common sense”

Whose common sense? As you can imagine, he received an onslaught of new comments challenging the validity of the 90% talking point but he refused to answer any of them.

I spoke with Frank Fiamingo over the phone this week and he says his group will not give up the fight for 2nd Amendment rights in New Jersey regardless of being ignored by some lawmakers. NJ2AS has also started a Free Home Security Seminar to educate voters.

“There have been a number of home invasions throughout NJ recently. In response the New Jersey Second Amendment Society (NJ2AS) is sponsoring a FREE Home Security Seminar in Brick, NJ on Thursday December 19, 2013,” said Fiamingo. “In doing so we hope to raise awareness of the NJ2AS and our mission and at the same time help NJ residents avoid the trauma of experiencing a home invasion. We are bringing in a variety of experts on the subject of Home Security, and they will be on hand to answer questions and describe various systems and services.”

Below are some of the unanswered questions gun owners asked Sweeney…

#AskSenPres@TheSJTimes Does @NJSenatePres think NJ has enough gun laws or will he introduce more during his term? #2A

@NJSenatePres why is it you have to be killed in #NJ before a #CCW is granted. JUSTIFIABLE need means DEAD in #NJ. #nj2as#2a#AskSenPres

After ignoring all but one question, NJ2AS Members sent Tweets like these to Sweeney complaining about the treatment:

#AskSenPres I guess your done for today? Once again the #2A community is ignored by @NJSenatePres#NJ2AS

I’m all in favor of keeping dangerous weapons out of the hands of fools, Save Jerseyans. Let’s start with liberal lawmakers because they don’t like the 2nd Amendment anyway. Don’t forget to join in on the Twitter debate this Thursday and tell them for yourselves.